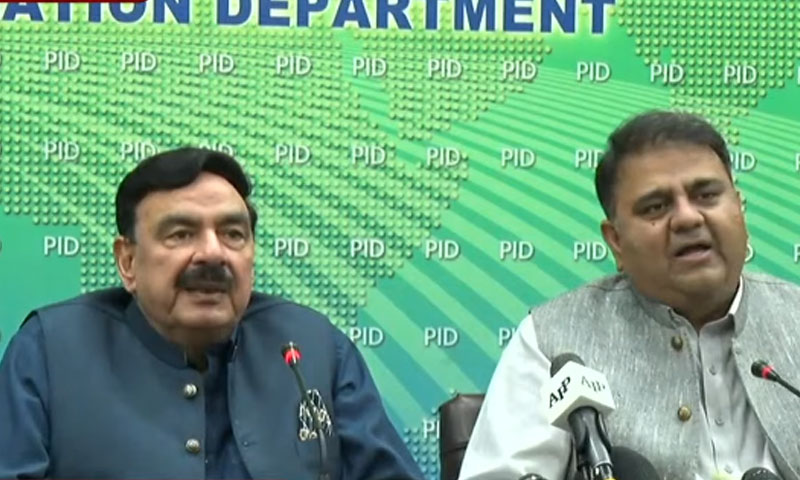 On Wednesday, Federal Ministers Chaudhry Fawad Hussain and Sheikh Rasheed Ahmad have said that PM Imran Khan’s presence in the Supreme Court showed that how far the prime minister can go for honoring the courts, Daily Times reported.

Chaudhry Fawad further said that PM could easily put blame on the then PML-N government when the APS massacre happened.

“We had eliminated terrorism from the country and the credit for it goes to the Army and the intelligence agencies,” he maintained.

Meanwhile. Interior Minister Sheikh Rasheed said the prime minister had described the whole situation to the judges and the court has granted him four weeks for action.

The PM has assured the court that whoever was responsible would be exposed within four weeks, the minister added.

While answering another question, the interior minister said he was ready to issue a passport to Nawaz Sharif if his return is in sight.