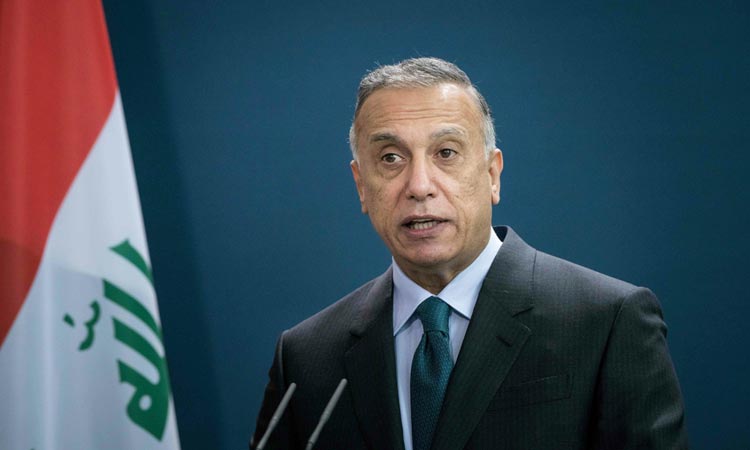 Iraqi Prime Minister Mustafa al-Kadhemi escaped unhurt from an “assassination attempt” in which an explosives-packed drone hit his Baghdad residence early Sunday, a new escalation in the country’s post-election turmoil.

Washington condemned the “apparent act of terrorism” while Iraqi President Barham Saleh called the attack, which was not immediately claimed by any group, an attempted “coup against the constitutional system”.

Kadhemi, 54, and in power since May 2020, appealed for “calm and restraint” before chairing a meeting at his office in the high-security Baghdad Green Zone, where the overnight attack took place.

Three drones were launched from near a Tigris River bridge but two were intercepted, said security sources, adding that two bodyguards were wounded.

Gunfire rang out and smoke rose from the Green Zone after the strike, which the premier’s office labelled a “failed assassination attempt”.

Photos issued by Kadhemi’s office showed debris strewn on the ground below a damaged exterior stairway and a door that had been dislodged.

Kadhemi said in a short video that “my residence has been the target of a cowardly assault. Praise God, I am fine.”

The attack came two days after security forces clashed with supporters of Iran-backed parties that lost support in the October 10 parliament election, and who have charged they were the victims of vote irregularities.

The Conquest (Fatah) Alliance, the political arm of the pro-Iran Hashed al-Shaabi paramilitary network, suffered a substantial decline in seats, leading it to denounce the outcome as “fraud”.

After the drone attack, Qais al-Khazali, the head of Assaib Ahl al-Haq, one of the main pro-Iran groups of the Hashed, called for the perpetrators to be “brought to justice”.

The United States, which has around 2,500 troops in the country, said it was “relieved to learn the Prime Minister was unharmed”.

“This apparent act of terrorism, which we strongly condemn, was directed at the heart of the Iraqi state,” State Department spokesman Ned Price said.

The European Union said the perpetrators “must be held accountable” while Britain and NATO both condemned the attack.

Iran urged “vigilance to foil plots aimed at the security and development” of Iraq, said foreign ministry spokesman Said Khatibzadeh. He directed blame at the US, which led the 2003 invasion of Iraq that toppled dictator Saddam Hussein and kicked off years of sectarian conflict.

Pakistan strongly condemned the cowardly attack on the residence of the Prime Minister of Iraq in Baghdad, which resulted in injuries to many people. In a statement the Foreign office said, “It is a matter of relief that Prime Minister Mustafa Al-Kadhimi is safe. Pakistan stands in solidarity with the brotherly government and people of Iraq.

We extend our heartfelt sympathies to the injured and pray for their early recovery. No cause justifies such wanton acts of violence. We reiterate our strong condemnation of terrorism in all its forms and manifestations.