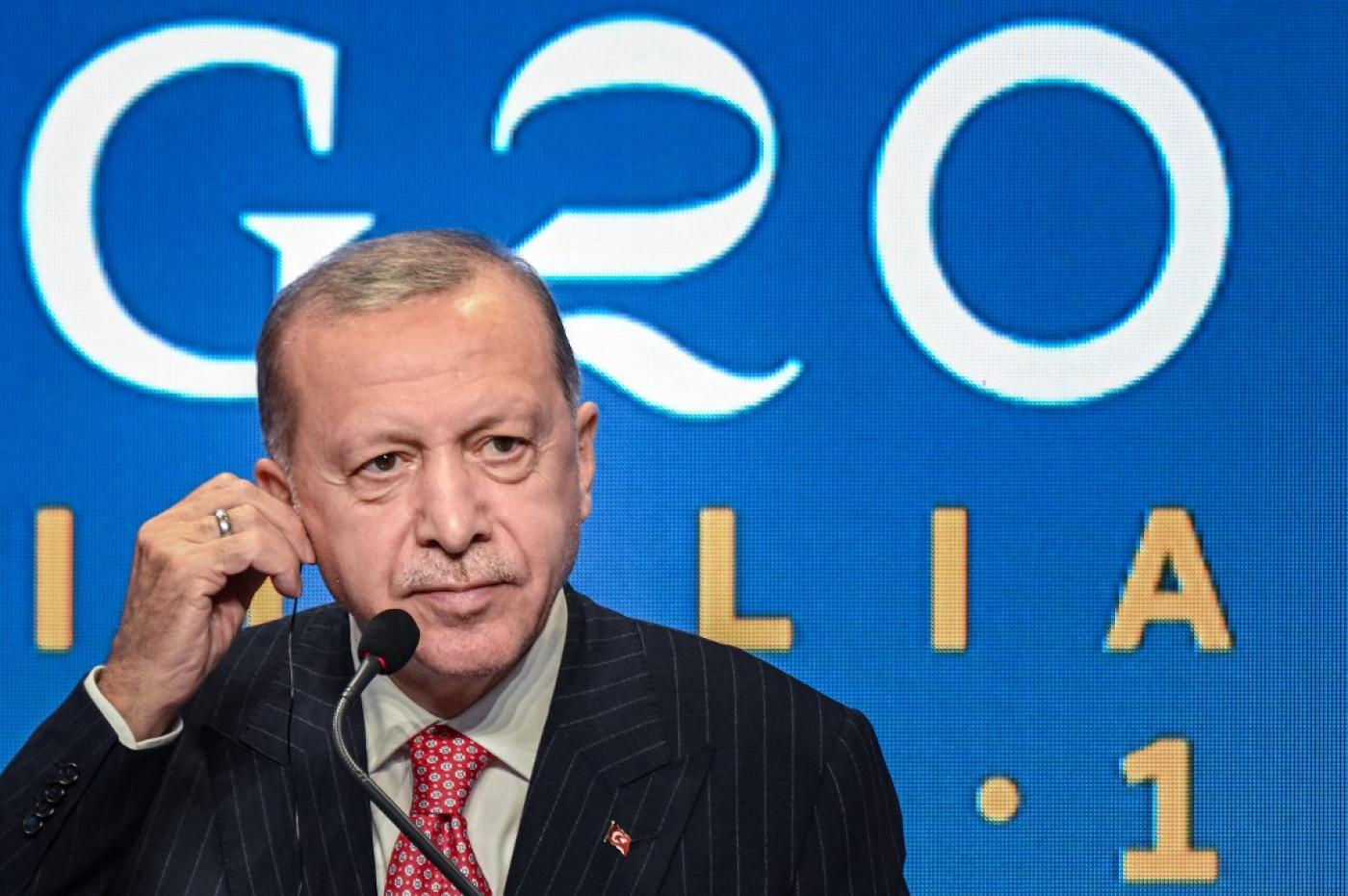 President Recep Tayyip Erdogan on Monday returned to Turkey from the G20 summit in Rome, canceling his planned attendance at the COP26 conference in Glasgow, according to state media reports.

The Anadolu state news agency and other media did not explain why Erdogan decided not to attend. Turkey’s parliament this year finally ratified the Paris climate agreement, and Erdogan has been stressing his concern for environmental issues ahead of a general election due within the next two years.

Erdogan’s decision follows a crunch meeting in Rome on Sunday with US President Joe Biden, which the Turkish leader had expected to take place on the sidelines of the COP26 event. The two leaders agreed to try to move past a range of disputes, including Turkey’s purchase of a Russian air defense system and concerns about the state of human rights under Erdogan.