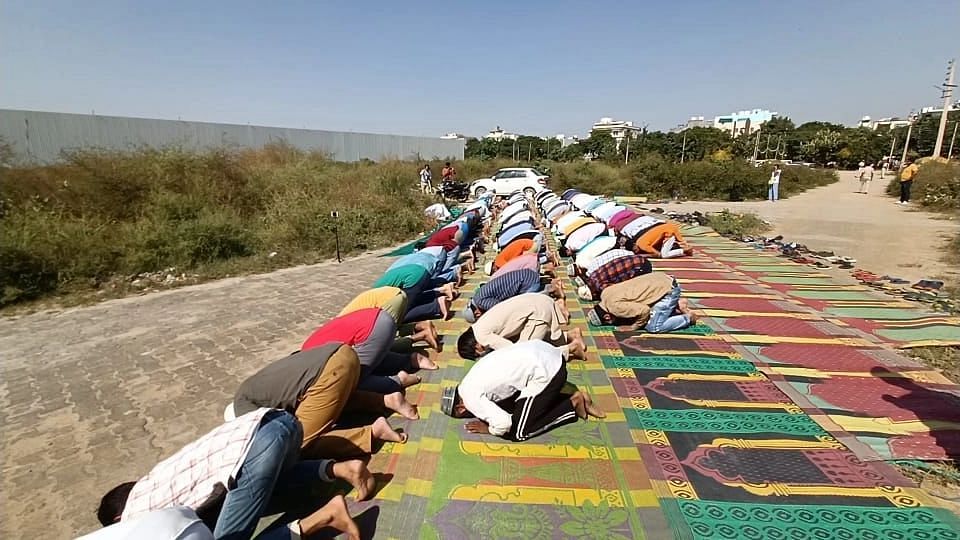 Dozens of people, many from Hindu right-wing groups, were arrested Friday in India for disrupting Muslim prayer gatherings, local media reported, in the latest sign of growing sectarian tensions in the country.

Hindu groups have been pressuring authorities for weeks in the northern city of Gurgaon on the outskirts of New Delhi to stop Muslims offering Friday prayers in open spaces.

Modi’s government rejects having a Hindu agenda and insists that people of all religions have equal rights.

Haryana state, of which Gurgaon — also called Gurugram — is the capital, is ruled by the BJP.

It is not the first time such an incident has been reported in the city, home to scores of multinational companies.

In 2018, many from the majority Hindu community raised similar objections to Muslims praying in the open.

District officials mediated between the communities and identified around 35 open spaces for Muslims to offer Friday prayers.

Many of those detained on Friday held up placards that read “Gurgaon administration, wake up from your sleep”, NDTV television channel reported.