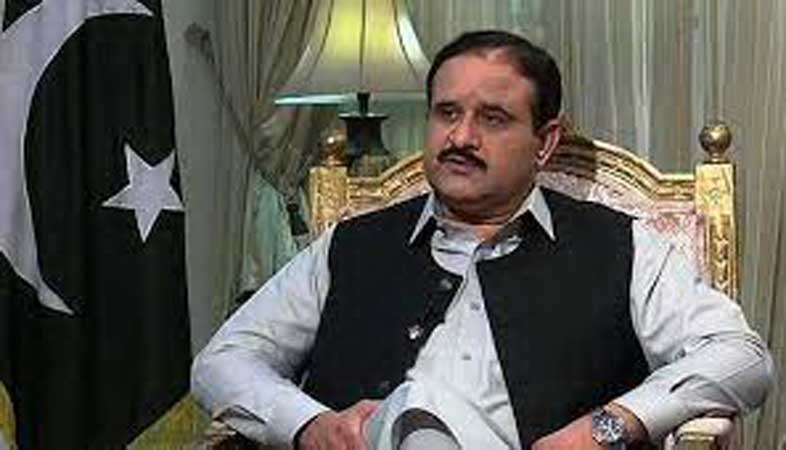 Punjab Chief Minister Sardar Usman Buzdar Thursday said the opposition’s ongoing protest was against the national interest as it was spreading political uncertainty in the country.

In a statement, he advised the opposition to stage a protest against corruption of their leadership. The opposition tried to score points over corona and dengue and, now, it was trying to disrupt the development journey through their negative politics, he added.

The opposition could not fool people through propaganda, he said and added that the opposition was creating fuss for gaining power as it had no regard for masses, the CM added. The government has a full understanding of the problems of people and steps were being taken to overcome the price-hike, he said and added that the prices of essential items would be stabilised as a result of steps taken by the government.

Meanwhile, the parliamentarians and government officials have been directed to keep an eye on the prices by visiting commercial areas. The government was working to serve masses and the steps taken by it would yield positive results, concluded the CM. Earlier, Buzdar sought a report from commissioner Lahore and secretary labour about an incident of fire at Multan Road factory. He ordered for identifying reasons for fire, adding that action should be initiated against those responsible for the negligence. The CM also condoled the death of a labourer and extended sympathies to the heirs.

‘PUNJAB GOVT READY TO COMBAT DENGUE’: Separately, Special Assistant to Chief Minister on Information, Hassan Khawar has said the anti-dengue program of the Punjab government is comprehensive and well-devised to combat dengue. However, it lacks a hat and long shoes because the government believes in performance instead of exhibitory projection and snobbery.

In a statement issued on Thursday, he emphasised that the government has taken every possible step to overcome the dengue situation. Two million houses have been checked as four lakh houses and 90 thousand open spots were being diurnal checked by the government teams, he added. Similarly, he added, fogging and spray of one lakh and 30 thousand hot spots has also been done. 48 houses are sprayed around the area where dengue larva is found while fogging and spray was being conducted upon the detection of the dengue larva, added SACM.

Hasaan Khawar said medical facilities and beds etc are available in government hospitals to treat dengue patients. Meanwhile, a 280-bed dengue field hospital has also been set up at the EXPO centre with the option to further expand the facility. Dengue test was being conducted free by government officials and Rs.90 is charged in private labs, he added. Alongside, 40 crore paracetamol tablets were available in government hospitals, he further said.

The SACM and Primary and Secondary Health Dept Secretary Imran Sikandar Baloch accompanied the media teams to the control room of the primary and secondary health department where health teams monitor the disease situation in the province through 150 screens. In a media briefing, the SACM regretted the PML-N leadership was spreading disinformation by politicising the dengue issue. Shehbaz Sharif’s cosmetic fogging of dengue resulted in spreading respiratory infections, he lamented. As the dengue disease affects the lungs, the government was not taking any such action to protect the health of the public, he stated.