Govt all set to hold talks with opposition on EVMs 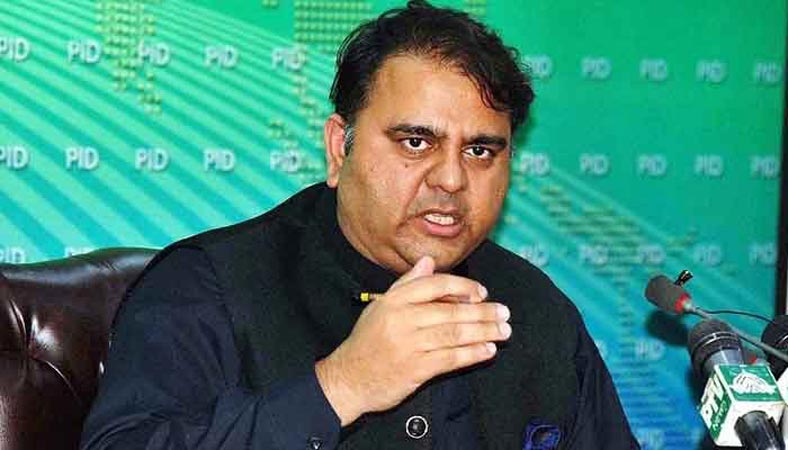 Federal Minister for Information and Broadcasting Fawad Chaudhry has said that Prime Minister Imran Khan issued directives to prioritise the matters related to giving the voting rights to overseas Pakistanis and electronic voting machines, whereas, the federal government was ready to hold consultations with the opposition on EVMs.

Fawad Chaudhry, while addressing a press conference after the conclusion of the federal cabinet session held under the chair of PM Imran Khan today, said that electoral reforms were important to organise transparent elections in the country.

“A briefing was given to the federal cabinet members regarding the use of electronic voting machines (EVMs) and internet voting (i-voting). PM Imran Khan directed [his aides including] Babar Awan and Ali Muhammad Khan to prioritise the matters related to giving the voting right to overseas Pakistanis and EVMs.”

Fawad Chaudhry said that the initiation of talks between the federal government and the opposition was a welcoming move. He said that it would be a mandatory part of the upcoming elections in the country to give the right to vote to overseas Pakistanis.

“We have ordered 20 electronic voting machines (EVMs). We welcome the initiation of consultations related to electoral reforms in the country. We are ready to hold dialogues with the opposition regarding the electoral reforms and EVMs.”

The information minister announced that a future technology unit will be established near Haripur. He further said that Federal Minister for Communications Murad Saeed gave a briefing on the expensive contracts of roads and motorways of the past governments. He added that action will be taken against those who had approved the expensive contracts.

“The telephone industry has been transferred to National Radio and Telecommunication Corporation (NRTC) and the institution is creating employment of 158 people.” “We want to promote tourism and businesses in the country. Through the e-visa, tourism and investment will be enhanced.”

The information minister said that fake reporting is now a major issue. Regarding the Ruet-e-Hilal, Fawad Chaudhry said that the ministry of religious affairs recommended five-year prison for spreading fake reports regarding the crescent sighting, whereas, the government is also seeking to impose fines.

Regarding the cases against the opposition leader Shahbaz Sharif, Fawad Chaudhry said that Sharif will face 25-year prison within the next six months if the proceedings were continued on the basis of merit. He said that the federal government wanted to recover the looted money of the national exchequer from the Sharif family.