Sarwar terms India a ‘facilitator of terrorists’ in region 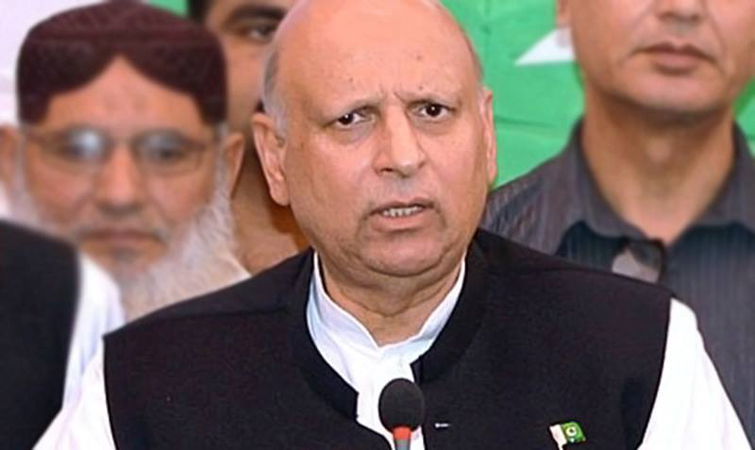 Punjab Governor Chaudhry Mohammad Sarwar has termed India as a facilitator of terrorists in the region and said that peace and stability in Pakistan are not being tolerated by India.

“Pakistan has one of the best armed forces in the world that are capable of thwarting the intentions of every enemy of Pakistan, including India,” he said while talking to PTI delegations from different districts including Azad Kashmir at Governor’s House.

Sarwar added that more than 95,843 Kashmiris have been martyred, 22,930 Kashmiri women became widows and more than one lac Kashmiri children have been orphaned due to the atrocities of Indian army. “Unfortunately, international bodies including the UN have become silent spectators of this heinous act of terrorism of Indian forces. The world needs to break its silence and take action to halt the oppression and human rights violations in IIOJK,” he maintained.

The governor said that from day one Pakistan’s stance has been the same, adding that regional peace will remain elusive unless the Kashmir dispute is resolved as per the UN resolutions. “Prime Minister Imran Khan has become the ambassador of Kashmiris and is fighting for their right on all international forums. The 220 million Pakistanis are with their Kashmiri brothers and sisters and Pakistan will not shy away from any sacrifice for the independence of Kashmir,” he said.

Sarwar said that there is no doubt that India is the biggest enemy of peace in Pakistan and CPEC which is the testimony of Pak-China friendship is not being tolerated by India.

“Therefore, it does not refrain from conspiring against Pakistan, but as always we will thwart all Indian conspiracies, and CPEC projects will be completed successfully,” Sarwar said, adding that Pakistan’s armed forces are the best in the world, which are ready to defeat the enemies of Pakistan. The enemies of Pakistan will continue to fail and Pakistan will succeed, he added.