* In Punjab Arts Council (PAC) Rawalpindi alone, despite the COVID-19 pandemic, more than 500 programmes of fine arts, literature, music and drama were held 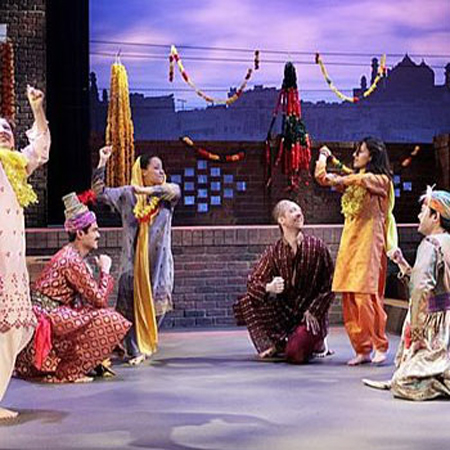 The Punjab government under the leadership of Chief Minister Sardar Usman Buzdar is utilising available resources to promote art and culture and focusing on welfare projects for the artists.

The Punjab Department of Culture has crossed many milestones during the last three years and taken solid steps for the promotion of arts and culture which were never made before.

In Punjab Arts Council (PAC), Rawalpindi alone, despite the Covid-19 pandemic, more than 500 programmes of fine arts, literature, music and drama were held.

The Lok Mela in Islamabad includes raising awareness about the Punjab Pavilion and the Kashmir issue at the official level.

According to PAC, Rawalpindi spokesman, the federal and provincial governments are encouraging the youth in every possible way. In this regard, thousands of youths were provided with an opportunity to express their art through the Punjab Talent Hunt Program and art emerged from far-flung areas of Punjab.

Fiction writing, painting, short film and handicraft competitions were also held in which special prizes were given at district, divisional and provincial levels. PAC tried to introduce Pakistani culture to other countries. In this regard, cultural programs were organized in collaboration with embassies of different countries including China, Japan, South Korea and Iran.

The spokesman informed that the Arts Council, in collaboration with the Chinese Embassy, organized a musical program in which ancient Chinese music was introduced here.

The exhibition of ancient Japanese calendars also proved to be an important opportunity to expand relations between Pakistan and Japan.

Recently, the Japanese government has sent an invitation to Punjab for participation in the 2025 Expo to be held in Japan in which expert artisans from all over the province would represent Pakistan.

The Punjab Arts Council, in association with Khana e Farhang Iran, has also organized an exhibition of ancient copies of the Holy Quran and ancient Iranian antiquities, which has further enhanced the cultural endeavours between the two countries.

The council hosted a musical program in which the Chinese ambassador himself participated.

An audio and video lab is being set up in which the children of the Potohar region would be taught audio, video recording and editing so that they could learn a skill and get a decent job in society. The release of funds worth millions of rupees for the renovation of the auditorium of the Punjab Arts Council is also a testament to the development of cultural institutions in the province. Cultural and artistic courses were being arranged, which have benefited millions of male and female students. These courses include graphic designing, Islamic calligraphy, painting, sewing, embroidery, cooking, home decoration, glass making, beautician, fashion etc and designing, Textile Designing, Singing, Musical Instruments, Tabla, Harmonium, Guitar, Satar, Piano and others. On the special directives of Punjab Chief Minister Sardar Usman Bazdar and his love for the artists of Punjab, various welfare schemes were also started.

An artist support fund had been launched for senior artists which is benefiting more than 1,500 artists across Punjab, under which deserving artists are being given a monthly stipend of Rs 5,000. Hundreds of artists were also provided medical and marriage grants. Due to the closure of events because of the Covid-19 epidemic, financial assistance was provided to artists across Punjab.

The Chief Minister loves the culture of Punjab and directed the authorities concerned to make all-out efforts to promote the culture of the province. Arts Councils at the district level are also being established. The Arts Councils’ buildings are under construction in Bhakkar and Sheikhupura while approval has also been given for Arts Councils in Kasur, Nankana Sahib and Taunsa Sharif.

Punjab Minister for Culture, Mian Khayal Ahmed Kastro after taking over charge of his ministry took solid steps to promote arts and cultural activities in the province.

He declared March 14 as the Cultural Day of Punjab for the first time in history. It will be celebrated all over Punjab every year at the official level.

Due to Chief Minister Punjab, Sardar Usman Buzdar and Punjab Minister for Culture, Khayal Ahmed Kastro, the culture of Punjab gets new recognition.

The Punjab government has significantly increased the budget of the cultural institution during the last three years. In the financial year 2021-22, more than Rs 200 million were allocated for renovation of different Art Councils and construction of an auditorium and other facilities which include nine ongoing projects and two new development schemes.

The establishment of an audio-video studio in Punjab Arts Council, Rawalpindi, renovation of the building and provision of new chairs and office furniture is also included in this financial year allocation. Similarly, construction work is underway for Arts Councils of Murree, Sahiwal, Gujranwala, Bhakkar and Bahawalpur.

Recently, Punjab Arts Council has also launched a new website that has pictures of cultural activities taking place across the province. In the 21st century, we are living in a digital age. Cultural activities are also being highlighted on modern platforms such as Facebook, Instagram and Twitter. The information about artists is being digitized besides compiling all the information in the shape of a book. Khidmat cards are being provided to artists across Punjab besides introducing an App to make registration of the artists easy which is available on Android and Apple Play Store.

The newly appointed Director-General of the Punjab Arts Council, Abrar Alam, is also taking further steps to promote cultural activities in the province.