Dure Fishan is a great addition to our industry: Haseeb Hasan 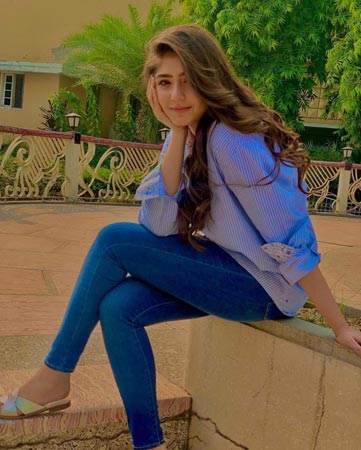 Ace filmmaker Haseeb Hasan recently took his social media and commended the young actress, Dure Fishan Saleem, who is currently riding high from the success of drama serial Pardes. Haseeb Hasan took to his social media and called “Dure Fishan is a great addition to our industry.” who is currently working with him on his latest web-series. Haseeb Hasan further wished her all the best in the same post. The promising new star, Dure Fishan Saleem has taken the entertainment industry by a storm with back-to-back stellar performances even bagging an LSA nominations this year in the emerging talent category. Her role in her latest project Pardes made some serious waves on social media and viewers and critics alike were full of praise. The actress will soon be seen in the director-producer, Haseeb Hasan’s upcoming web-series alongside Wahaj Ali, Zara Noor Abbas, Hina Bayat, Yasra Rizvi and Javed Sheikh.