FM Qureshi discusses Afghanistan, other subjects with his Egyptian counterpart 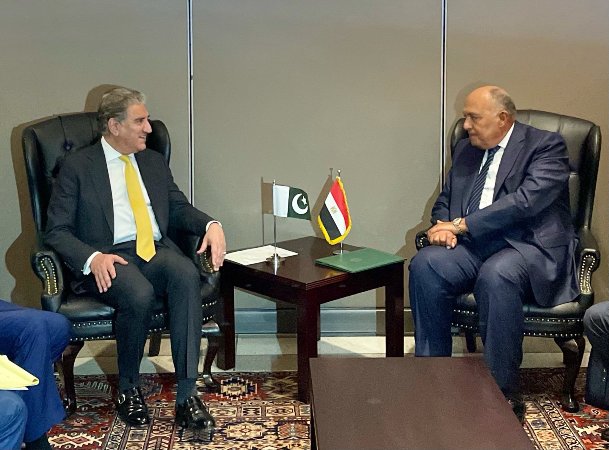 NEW YORK: Pakistan’s Foreign Minister Shah Mahmood Qureshi Tuesday had a “cordial” meeting with his Egyptian counterpart, Sameh Hassan Shoukry, in New York on the sidelines of the 76th session of the UN General Assembly during which they discussed the situation in Afghanistan, among other subjects.

According to an official press release, FM Qureshi apprised him about the continued humanitarian support by Pakistan in several ways for their Afghan brethren through air and land routes.

He also stressed the need of sustained engagement with Afghanistan for the durable peace and stability in the region.

The two ministers reviewed the entire spectrum of the bilateral relationship and agreed to enhance the frequency of political exchanges to foster understanding between the leadership and eventually the peoples of the two brotherly countries, the press release said.

They also exchanged views on important developments in the Middle East and Gulf region, and emphasized the importance of finding peaceful solutions through diplomatic means.