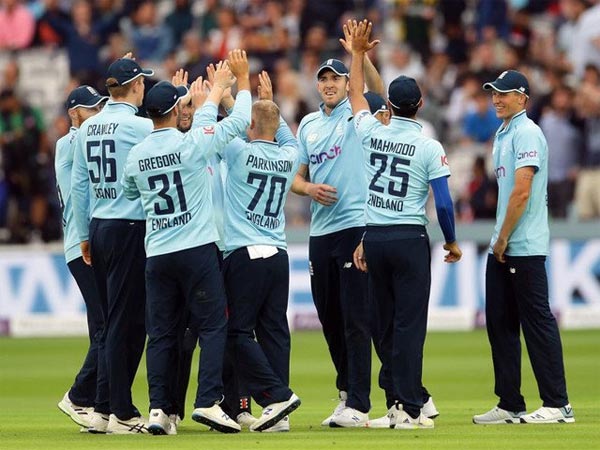 England’s scheduled tour of Pakistan for two T20Is in mid-October has been cancelled, the England and Wales Cricket Board (ECB) announced on Monday.

England’s men and women were due to play T20I double-headers in Rawalpindi on October 13 and 14, with the women’s team staying on for a subsequent three-match ODI series. But following New Zealand’s last-minute withdrawal from their tour of the country due to a security threat, the fixtures have been scrapped. The ECB uses the same security consultants — ESI Security — as New Zealand Cricket and despite Wasim Khan, the PCB’s chief executive, insisting on Sunday that he expected the fixtures to go ahead as scheduled, they were immediately in doubt after New Zealand flew home. The ECB released a statement on Monday afternoon confirming that its board had “reluctantly decided to withdraw both teams from the October trip”, citing “increasing concerns about travelling to the region” and the prospect of adding “further pressure to a playing group who have already coped with a long period of operating in restricted Covid enivornments.” Notably, the statement did not specifically mention security concerns.

“The ECB has a longstanding commitment to tour Pakistan as part of the Men’s Future Tours Programme in 2022,” the statement said. “Earlier this year, we agreed to play two additional T20 World Cup warm-up games in Pakistan in October, adding a short women’s tour with double headers alongside the men’s games. The ECB Board convened this weekend to discuss these extra England Women’s and Men’s games in Pakistan and we can confirm that the Board has reluctantly decided to withdraw both teams from the October trip.”

The ECB said the mental and physical well-being of thier players and support staff remained their highest priority and this was even more critical given the times they were currently living in. “We know there are increasing concerns about travelling to the region and believe that going ahead will add further pressure to a playing group who have already coped with a long period of operating in restricted Covid environments. There is the added complexity for our Men’s T20 squad. We believe that touring under these conditions will not be ideal preparation for the ICC Men’s T20 World Cup, where performing well remains a top priority for 2021. We understand that this decision will be a significant disappointment to the PCB, who have worked tirelessly to host the return of international cricket in their country. We are sincerely sorry for the impact this will have on cricket in Pakistan and emphasise an ongoing commitment to our main touring plans there for 2022.”

PCB disappointed: The decision is a big blow for Pakistan cricket. Pakistan became a no-go area for international teams after a deadly 2009 attack on the Sri Lanka team bus in Lahore. PCB Chairman Ramiz Raja said England had failed his nation’s cricket team by pulling out of the tour. “Disappointed with England, pulling out of their commitment and failing a member of their cricket fraternity when it needed it most,” tweeted Ramiz. “Survive we will Inshallah. A wake-up call for Pak team to become the best team in the world for teams to line up to play them without making excuses.” In 2012 and 2015 Pakistan hosted England in the United Arab Emirates which has staged most of their “home” games since the attack. A rapid improvement in security in recent years has led to the return of international cricket, with Zimbabwe, Sri Lanka, the West Indies, South Africa and Bangladesh touring in the past six years. Pakistan toured England in both 2020 and 2021, amid the coronavirus pandemic. In 2020 in particular, Pakistan agreed to strict bio-secure conditions in order to play in the UK. The country now faces the risk of further tour cancellations. For the Pakistan Cricket Board, this is nothing short of a catastrophe and their future plans to host other countries, such as Australia in 2022, look very uncertain. Cricket Australia has said it is monitoring the situation, gathering information from security experts, before deciding to tour Pakistan in February and March next year. Australia have not toured Pakistan since 1998 over security fears.