ECP raises concerns over EVMs, says they are ‘hackable’ 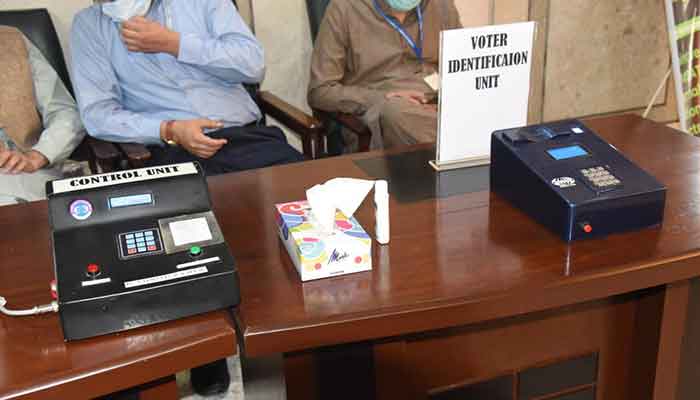 Amidst the heated debate between the government and the opposition parties over introducing electronic voting for the next general polls, the Election Commission of Pakistan has listed 37 reservations, counting that electronic voting machines (EVMs) are “hackable” and can be effortlessly altered.

Shibli Faraz, the federal minister for science and technology, has over and over held out that the EVMs are the “best solution to rigging” for the next general polls. He even arranged a model of the machine for the Senate Committee on Parliamentary Issues to examine.

However, on Tuesday, amid a meeting of the senate committee, the election commission spelled out the possible challenges the system might confront if the machines are rolled out in rush.

Noting down the concerns, the ECP wrote that there was not enough time for a “large scale implementation of EVMs in the upcoming election”. Pakistan’s next general polls are scheduled for 2023. Among other challenges may include the lack of secrecy of the ballot, lack of large scale pilot testing and the machines not being financially viable.

“It is nearly impossible to ensure that every machine is honest,” the ECP noted. The EVMs cannot prevent low voter turnout, low women voter turnout, vote-buying, misuse of state authorities and dishonest voting staff, amongst other things, the Commission argued. The ECP also suggested that holding polls in the whole of Pakistan in a single day, using EVMs, was not possible.

To resolve the problems, the ECP opined that a political consensus must be developed in the parliament with all political parties and legal amendments be made to the constitution, law and rules to facilitate EVMs.