Haleem for coordinated efforts to curb narcotics sale in Sindh 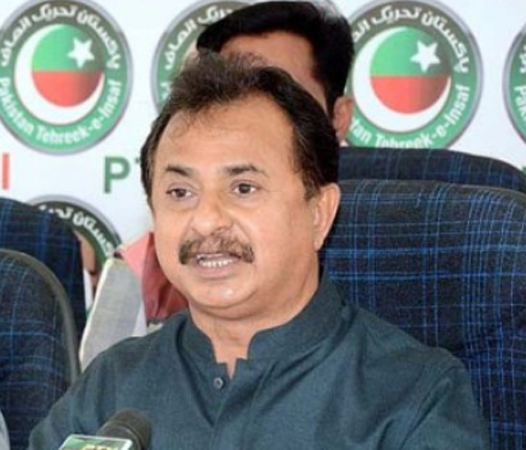 Pakistan Tahreek-e-Insaf vice president and leader of the opposition in Sindh Assembly Haleem Adil Sheikh has called for coordinated efforts to curb the menace of drugs and narcotics in cities, towns and rural areas of Sindh.

Addressing “Anti-Drug and Narcotics conference” organized by Pakistan Tahreek-i-Insaf Hyderabad here at press club’s auditorium on Tuesday, he said federal government had initiated action against drug peddlers and dealers but this menace could only be curbed with the joint action of all stakeholders.

He said Police, Anti-Narcotics Force, FIA and other related law enforcement agencies should take coordinated steps to stop sale of narcotics drugs including Ice, hashish, mainpuri tobacco, mava, gutka and other such substances which posed danger to the people.

He said the drugs and Narcotics substances were easily available in every city of Sindh due to criminal involvement of certain police officials and there was need of strict action against them.

Haleem Adil said that thousands of people had lost their lives due to use of narcotics and drugs in the province. He said Prime Minister Imran Khan had taken notice of increasing sale of drugs and narcotics in Sindh and concrete steps are being taken to curb it with full force.

He said the federal organizations like ANF, FIA and Rangers are ready to take action against drug dealers but Police had to take strong initiatives as this force could efficiently prosecute cases against drug peddlers and the dealers. Haleem Adil Shaikh warned that if police failed to take action, Pakistan Tahreek Insaf would launch province wide campaign against it and our workers would take it to the streets for stopping sale of this menace.

He expressed concerns that drug dealers had penetrated inside our educational institutes and several students had become addicts of Ice drug, hashish and other narcotics substances. He said the money earned through sale of drugs were being used for terrorism and money laundering and it could pose danger to our national security.

PTI is ready to work with all political parties including PPP, MQM Pakistan to curb narcotics and drug sale and strict action must be taken against people involved in this dirty profession as they are enemies of Pakistan, Haleem Adil Sheikh said. Additional Director Federal Investigation Agency Hyderabad Sayed Wasi Haider said issue of drug and narcotics sale was as serious as terrorism and FIA was ready to take action against drug dealers.

He said money earned through this dirty trade are being used for money laundering and FIA had authority to take action against involved persons.

He called on Police to refer such cases to FIA for taking further action against the dealers and their facilitators.

Superintendent of Police Headquarters Anil Haider Minhas said Police was taking action against drug dealers but some black sheep had given bad name to the police.

He said the DIG and the SSP had clearly directed to take action against police officials involving in drug and narcotics trade and cases had been prosecuted against them.

He said Police would be in the fore front in the war against drug sale. Advocate Ali Palh, Ahmed Rashid, Advocate Bhagwan Das, Khanwand Bux Jahejo and other PTI leaders and members of civil society also spoke on the occasion and presented their suggestions to curb menace of drug and narcotics.

The representatives of Christian and Hindu communities, Trade organizations also attended the conference and urged on Police and other law enforcement agencies to take strict action against narcotics trade. The SDPO City ASP Aleena Rajpar, Sindh High Court Bar Hyderabad representatives and the members of civil society also spoke on the occasion.