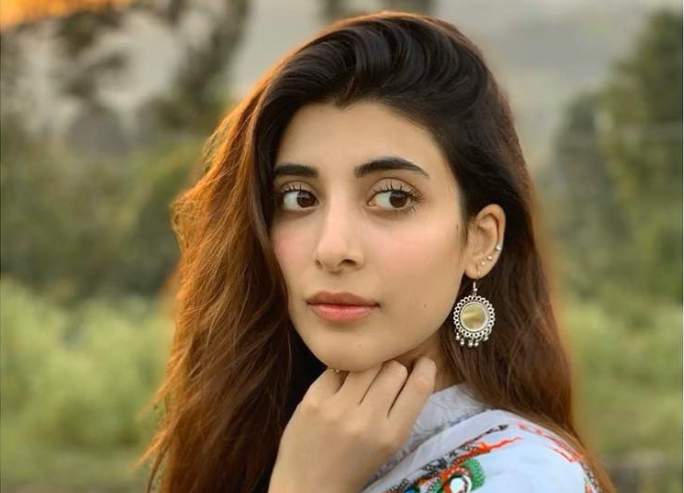 The model and actress Urwa Hocane made her film debut in the 2014 romantic comedy ‘Na Maloom Afraad’ and acting debut in many drama serials. Urwa, one of the renown name from the Pakistani media industry, has been nominated for LST 2021 from her drama ‘Mushk’ for the role of ‘Guddi’.

Mushk is a Pakistani drama from the romantic genre, aired on Hum TV. Mushk is a play about love, about how can anyone hide or stay away from this notion of love, its smell, and aroma. Starring Imran Ashraf and Urwa Hocane as the leads, Mushk was the most anticipated drama of 2020. Imran Ashraf himself the writer of that drama.

Among many of the scenes, one scene and its dialogues got the immense attention of viewers, in which she explains consent to a man who tries to touch her without her permission. The scene begins with Guddi calling out to the guy who walks towards her with a grin. Upon reaching Guddi whose hand is resting on the pillar, the man (who is visiting the house as a doctor) tries to reach for her hand. Guddi immediately takes the opportunity to educate the doctor. “Aurat ki zra si muskurahat ko ijazat kyun samajh lete ho tum mard?” (Why do you men interpret a woman’s smile as permission?) asks Guddi.

“Hamare muashray ki 70% aurtain, mardon ki achi si achi baat pe muskurahat roknay ki jaddo jehed sirf iss liye karti hain kyun keh 100% mard unki muskurahat ko ijazat samajh letay hain” (70% of the women in our society try not to smile at a man because 100% of the men misinterpret their gesture). Other than the acting, dialogues from the drama got so much popularity. Urwa Hocane got the nomination in Lux Style Award 2021 for the ‘Best Female Actresses (critics).’