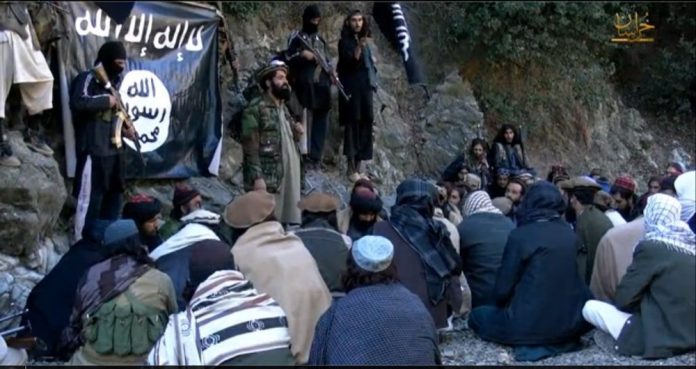 “To ISIS-K we are not done with you yet,” President Biden said in his address to the Americans, a day after his country pulled out the last of its troops from the war-ravaged country, bringing to an end its 20-

“To those who wish America harm, we will hunt you down and you will pay the ultimate price,” he said in a stern warning to the ISIS-K.

The ISKP, despite its small numbers, has proved lethal and took credit for several major terrorist attacks in Afghanistan and Pakistan. According to data collected by Islamabad Policy Research Institute – IPRI 515 people were killed, while 893 were injured in eight attacks by the ISKP in Pakistan. While in 22 attacks 912 people were killed in Afghanistan and 1597 injured from 2016 too 2021. 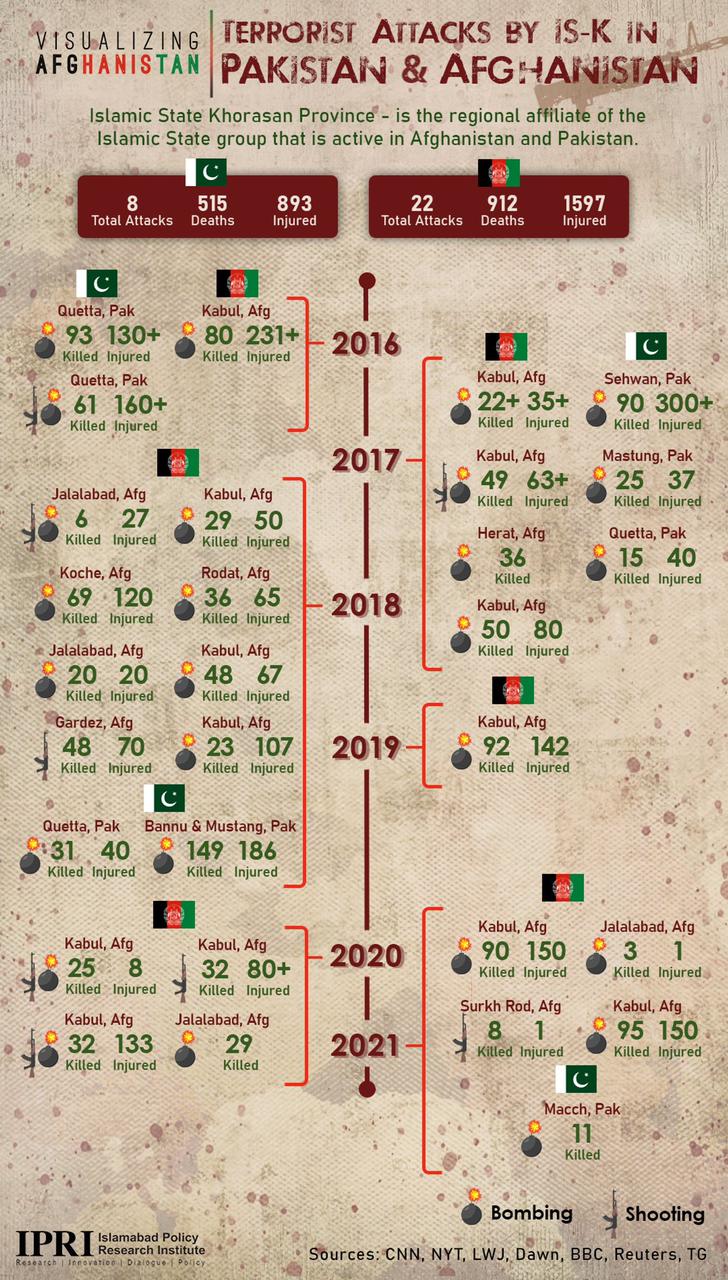 India invested heavily in Afghanistan in the reconstruction and rehabilitation programs and pumped in up to US three bln dollars in the war-ravaged country. And under the cover of construction and related activity, it carried out its clandestine activity through its intelligence network to establish its deep foothold, a senior security official said.

With heavy funding from India, youth from Kerala were recruited and trained, and tasked to target Pakistan, Afghanistan, US forces, and the Taliban. This network comprised ISIS elements controlled by Indian RAW officers as manifested in the Doval strategy to hurt Pakistan’s internal/ economic stability. Ajit Doval’s open admission to this effect is on record.

The Indian stated policy against Pakistan becomes all the more clear if seen in light of Indian Prime Minister Narendra Modi’s speech in Bangladesh where he confessed that the Indian establishment had created the Mukti Bahini in East Bengal to dismember Pakistan. to this date. The dirty game continues as New Delhi remains active in exploiting sub-nationalists in Balochistan and Sindh.

The Indian intelligence developed close contacts with the Tehreek-e-Taliban Pakistan (TTP) and used it to mount attacks on important military installations in the country besides targeting civilians. The close collaboration came courtesy of senior operatives of the Afghan intelligence – NDS.

The sudden emergence of the Taliban and the routing of the Afghan Defence Forces came as a severe shock for India as its long, expensive effort to foment unrest, create chaos and unleash a wave of terror in Pakistan crumbled.

Contrary to the mantra of an Incredible India and the soft image projected through Bollywood movies, the real India has been acting as a peace spoiler in the region especially Afghanistan, especially when seen in the light of shocking revelations of how India influenced the Financial Action Task Force (FATF) against Pakistan and its subversive activities against the China Pakistan Economic Corridor (CPEC).

According to the report, “One member state reported that the ISIL Indian affiliate (Hind Wilayah), which was announced on May 10, 2019, has between 180 and 200 members”.

The report also mentions the presence of “significant numbers of ISIL operatives in Kerala and Karnataka states.” In May last year, the Islamic State (also known as ISIS, ISIL or Daesh) terror group claimed to have established a new “province” in India.

In issue number 246 of Al Naba, a weekly magazine of the Islamic State (ISIS, or Daesh in Arabic), the front page was dedicated to the attackers of the August 2020 Jalalabad terror strike in Afghanistan’s Nangarhar province, a known stronghold of IS-K. According to reports, the attack was conducted by more than 25 IS-K terrorists, which included three Indians and four Tajiks.

One of the three Indians who allegedly took part in the attack was reportedly a trained doctor, Ijas Kallukettiya Purayil.

According to the Indian National Intelligence Agency (NIA), Purayil was part of a 22-member contingent of men and women from the southern Indian state of Kerala that left the state’s Kasargod district to join the IS in Afghanistan.

Since 2016, reports have been emerging regularly about many members of this module dying in Afghanistan, including some in the American ‘Mother Of All Bombs’ (MOAB) strike in the country’s Nangarhar province in April 2017.

In February 2020, a pro-ISIS online propaganda publication, Sawt-al-Hind (‘Voice of Hind’) was launched by an online entity called Al-Qitaal Media Center. The launch coincided with communal riots that were taking place in parts of the capital New Delhi at the time, with the cover also featuring images of the same.

Many pro-ISIS-related cases of radicalisation have come from the southern state of Kerala which has historic ties with the Gulf and has over 2 million of its citizens working in Saudi Arabia, UAE, Bahrain, and other neighbouring states.

Issue Number 7, August 2020 of Sawt-al-Hind had an interesting construct of ISIS’ vision of being a “global entity” while also maintaining a strong regional outreach.