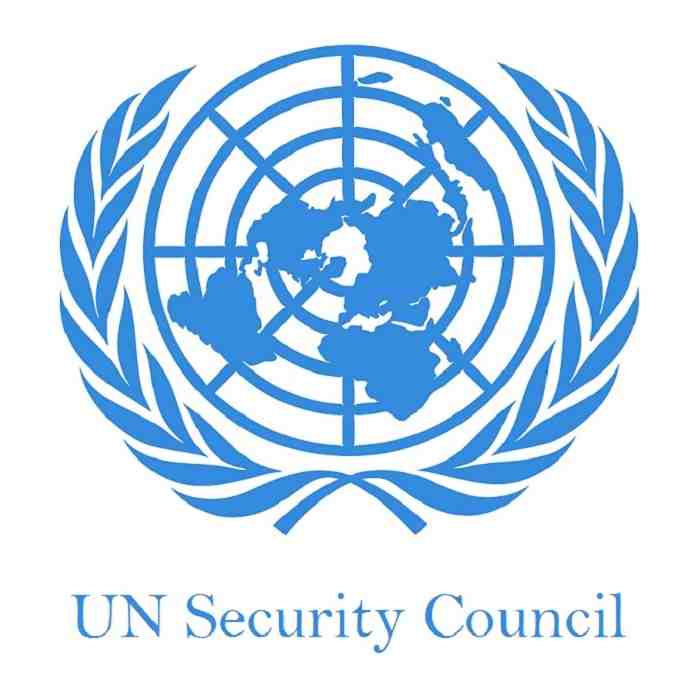 UNITED NATIONS: With China and Russia abstaining, the U.N. Security Council voted to adopt a resolution calling on the Taliban to allow safe passage for those seeking to leave Afghanistan, and not allow the Afghan territory to be used to threaten or attack any nation or shelter terrorists.

Thirteen other Council members voted in favour of the resolution, which demands access to the country for humanitarians and upholding of human rights, including for women and children. Permanent members China and Russia said they had abstained in the voting because their concerns over the developments in Afghanistan were not reflected in the resolution, which was drafted by the US, the UK and France, and circulated on Friday.

Envoys of both countries China and US  said that authors of the resolution had, in fact, attempted to shift responsibility for the failure of United States’ 20-year-long presence in Afghanistan to the country’s neighbours. Under the terms of the resolution, the 15-member Council condemned the deadly blasts at Kabul airport on Thursday, which killed more than 150 people and injured upwards of 200 more.

The terrorist group, (ISIL-K) claimed responsibility. Explaining his vote, Chinese Ambassador Geng Shuang stated that given the fragile situation in Afghanistan and the uncertainties, any Council action should help ease tensions, and not intensify them.

“The recent chaos in Afghanistan is directly related to the hasty and disorderly withdrawal of foreign troops,” he said. “We hope that relevant countries will realise the fact that withdrawal is not the end of responsibility, but the beginning of reflection and correction.” The Chinese envoy said that the US and its allies should be responsible for what they have done in the past 20 years, and fulfil their commitments towards the peaceful rebuilding of Afghanistan.

“They cannot claim to care about Afghan people’s welfare, while imposing unilateral sanctions, or claim to support Afghanistan’s acceleration of economic and social development, while seizing and freezing Afghanistan’s overseas assets,” he said, adding that they have left behind in the country huge catastrophe but shifted the responsibility to Afghanistan’s neighbouring countries and the Security Council.

“The actions of foreign troops in Afghanistan in the past 20 years, including the criminal activities carried out by the United States and Australian forces for the indiscriminate killing of civilians must not be wiped out, and must continue to be investigated,” Ambassador Geng said.

“The United States’ recent retaliatory attack on the Islamic State (ISIL-K) have caused casualties of innocent civilians,” he said. “We call on the United States to refrain from indiscriminately bombing the civilian populated areas in Afghanistan.”

Russian Ambassador Vassily Nebenzia said that despite the fact that the resolution was proposed against the backdrop of Thursday’s terrible terrorist attack by ISIL-K, the authors categorically refused to refer to a passage on the fight against terrorism containing internationally recognised terrorist organisations ISIL and the East Turkestan Islamic Movement,” he said.

“We see this as a reluctance to acknowledge the obvious, and a desire to divide terrorists into ‘ours’ and ‘theirs’; and that is to say, to downplay the terrorist threat coming from these groups.”

During the Council negotiations, Ambassador Nebenzia said he emphasized the unacceptability and negative impacts of evacuation of Afghan highly qualified personnel for Afghanistan’s socio-economic situation, adding that in experiencing a “brain drain”, the country will not be able to achieve Sustainable Development Goals (SDGs). “These elements, he said, were vital for the Afghan people, but were not reflected in the resolution.

“The authors ignored our proposal to have the document state the adverse effects that freezing of Afghan financial assets had on the economic and humanitarian situation in the country, and mention the fact that humanitarian assistance to Afghanistan must imperatively comply with the UN guiding principles, stipulated in UNGA resolution 46/182,” the Russian envoy said.

“At the same time,” he said, “we see attempts to shift responsibility for the failure of the 20-year-long presence of the United States and its allies in Afghanistan to the Taliban movement and to the states of the region that will have to deal with the effects of this prolonged campaign. Such irresponsible behaviour of the Western coalition and its attitude to the developments in Afghanistan are not surprising, Ambassador Nebenzia said.

Russia, he said, stands for a peaceful, safe, and stable Afghanistan with no terrorist or drug threat coming from its territory. “We will continue assisting Afghans in pursuing this goal.”
In her remarks, US Ambassador Linda Thomas-Greenfield said, “The Security Council expects the Taliban to live up to its commitment to facilitate safe passage for Afghans and foreign nationals who want to leave Afghanistan, whether it’s today, tomorrow, or after August 31.”

“Consistent with the right to leave any country, including one’s own, everybody must be allowed to safely leave Afghanistan, for whatever reason, whenever they want, by air or by land. This is of the utmost importance to us.”

Since July, the USA has evacuated more than 122,000 Americans, foreign nationals and at-risk Afghan citizens, she reported. Ms. Thomas-Greenfield added that the resolution also reflects the Council’s “crystal clear” commitment to assisting those who remain in Afghanistan.

“It underscores that all parties need to facilitate humanitarian assistance, and that humanitarian actors be given full safe and unhindered access to continue service delivery to those in need,” she said. Monday’s resolution takes note of a Taliban statement this week which allows Afghans to leave the country at any time. Nathalie Estival-Broadhurst, Deputy Permanent Representative of France, called for that commitment to be upheld.

“This resolution calls on everyone to make all efforts to secure the airport and the surrounding area,” she said. “And to create this safe passage and protection is a sine qua non condition to ensure that threatened Afghans who wish to leave can do so safely, but also to ensure that humanitarian assistance can reach all of those who need it through the airport, of course, but also over land borders.”

On the issue of human rights, UK Ambassador Barbara Woodward emphasised the need to protect gains made over the past two decades, stressing that the rights of women, children and minorities must be safeguarded. She described the resolution as an important step towards a unified international response to the situation in Afghanistan.

“We will continue to build on this to ensure the Council holds the Taliban accountable on its commitments. The Taliban will be judged by the international community on the basis of their actions on the ground, not their words,” she stated.