Margalla Hills to get first ever Leopard reserve soon: Amin 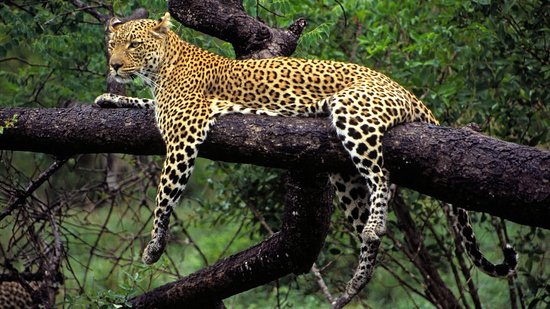 ISLAMABAD: Special Assistant to the Prime Minister (SAPM) on Climate Change Malik Amin Aslam on Friday said that the country’s first ever Asian Leopard reserve was going to be announced soon in Margalla Hills National Park.

Addressing the Monsoon plantation under Clean Green Pakistan organized by Pak Steel here at Pak Farid Park, the SAPM said the protected area has become the permanent new habitat of the wild cats that earlier used to descend to the National Park during winter seasons and would return to a higher altitude in summers.

Amin said a proper mechanism would be devised for controlled and safe mobility into the Leopard Reserve through information guides and staff to avoid any human-wildlife conflict. The SAPM planted a pine tree sapling in the Park along with Pak Steel officials to inaugurate the plantation where some 300 saplings were planted during the day-long plantation activity.

He said, “The Pak Farid Park is one of the only public-private partnership initiatives being materialized to protect the environment. It is being developed on the Capital Development Authority (CDA) land and is well maintained.” Amin noted that it was the only Park that remained opened and available to the public for recreation throughout the Covid-19 lockdown.

He underscored that the private sector was one of the major stakeholders of the government as it has corporate social responsibility (CSR) funds and efficiency to execute projects in time with the desired output. While shedding light on the climate change risks highlighted in the Intergovernmental Panel on Climate Change (IPCC) Report 2021, he said around 14,000 scientists worked on that report and tolled the bells of increasing of climatic catastrophes in case of unabated mutilation of the green cover all over the world.

“Ten Billion Tree Tsunami Plantation project of the Prime Minister is not only a gift rather the dire need of the country to avert drastic impacts of environmental degradation,” he said. The SAPM also hinted towards organizing a stakeholder seminar on the latest technology to reduce emissions from the Steel Industry Sector and increase output in an eco-friendly manner.

It was reported as one of the major contributors to emissions causing environmental degradation and climate change. “We will organize the seminar at the Ministry of Climate Change and will be looking forward to our steel sector to pioneer that technology in the country,” he added.

Italian Ambassador Andreas Ferraris also congratulated the SAPM for successfully executing the Prime Minister’s tremendous Clean Green Pakistan and Ten Billion Tree Tsunami Plantation project. He said, “I am a strong supporter of public-private partnership and deeper friendly ties between Italy and Pakistan.” Mr. Ferraris added that he was working to enhance broader collaboration between public and private sectors of both the friendly countries where the latter was very forthcoming and proactive in terms of the sinking partnership.

Speaking on the occasion, Managing Director Pak Steel Mian Aslam Farid said that the Park was a great philanthropic endeavor undertaken by his corporation as a gift to the metropolis. “It’s our encouragement that the SAPM participated in our plantation activity and lauded our efforts. We will further expand this endeavor across the Capital to make it greener and scenic for its dwellers,” he added.

CEO Pak Steel Hassan Farid lauded the Clean Green Pakistan initiative of the government and said the corporate sector should pay back to the country under its CSR. “The Park has been established at the CDA land which was procured by Pak Steel and 1.25 kilometers jogging track has also been created in the Park which was earlier an abandoned place full of wild growth and plants,” he added.