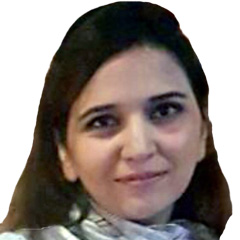 An Open Letter to Prime Minister

As far as I can remember I have always witnessed harassment in both public and private spaces. Unfortunately, I have experienced the same on countless occasions myself. May it be public events like horse and cattle show, or Independence Day, a walk back to home, a ride in the public transport, henna stalls on Eid or even in the market, the story remains the same. Women of all ages have had to endure terrible sexual harassment repeatedly. There’s not a single “I” for the experience speaks to my entire sisterhood. The only development at these spaces was the multiplication of those groping hands. These incidents are neither isolated nor individual. Thus, no amount of mansplaining can ever prove it otherwise. A survey in 2017 stated that 93 per cent of women in Pakistan face harassment in any form. These incidents, these molesting hands, were always there, and due to that fear of the “shame and blame” normalised culture, many of us exited from the public spaces and remained silent and tight-lipped on any form of harassment inside private spaces too. As a part of the group that constitutes more than 50 per cent of Pakistan’s population, most of us never dared to become an equal part of public events or celebrations. Even if we do participate, it’s never without the fear of harassment. For some, such fears become haunting realities. It’s very symbolic and deep-rooted. It represents the isolation, detachment and institutionalised patriarchal set of misogynistic values. The independence has not yet been achieved by the women of the country. To enjoy fireworks and light shows for the first time, I had to watch them in a country in the North of the world on their independence day along with my four daughters. Am I a lesser citizen in my own country? Harassment is so normalised that people blame the victim. This victim-blaming is so culturally practised that Twitter’s top trend in Pakistan these days is to “arrest the victim’s supporters” and her “character assassination” after the terrible incident at Monument of Pakistan. They are not 400, they are more than four million if you engage the media cell to track hate posts. This will give you a sociological analysis of how our mindset further tarnishes victims.

I repeat: it was not an individual case. My students travelling on public transport, my colleagues going to workplaces, all of us have our tales. Yet, call it a consequence of victim shaming or the lack of protection policies, “silence” is the most frequent coping mechanism. Being a sociologist, PhD scholar and teacher over the years, I have observed the dangerous trend of victim shaming in my nationally-awarded research paper. This was based on the prevention of child sexual abuse where victim-blaming by the community leaders and teachers turned out to be a major obstacle. Today, social media is a representation of how we, at a national level, are oblivious; not apprehending this ticking bomb of anomie. If you ask any social scientist about the culture of victim shaming, they will prove that it is a direct factor behind rape and violence.

Why are we not safe inside public transports, bus stops, roads, within four walls of the houses and even our graves?

“A decent girl will not roam around at 9 pm. A girl is far more responsible for her rape than a boy. Housework and housekeeping are for girls, not roaming on roads, wearing wrong clothes,” stated Mukesh Singh, a man convicted of gang-raping a BS student of psychology who was going back home in a moving bus in Delhi 2012. Unfortunately, this is the emerging general public response on social media towards most cases of sexual assault in Pakistan. Incidents of harassment and rape are just the tip of the iceberg. It’s the culture of victim shaming that needs surgical treatment. However, in Pakistan, the top trend these days is victim-shaming on the latest incident of harassment by 400 men. For my gender, this mob was always there. It’s nothing new.

The influence of victim-shaming leads as one person gropes a woman, and others around don’t condemn or retaliate rather it’s taken as an opportunity to attack the vulnerable left out of her pack. The more patriarchal we are becoming, the more the inequality gap grows. As a gender studies teacher, I taught my students about equality. But, now it’s not about equality, it’s about something as basic as safety, security and safe existence in public spaces. Being a woman is a negative capital and the very problem starts because women are seen as public property. Is a vague statement to condemn the isolated incident enough? Is the reaction to crime prevention too? If yes, why are such crimes increasing? Are we trying to cover our socially corrupt behaviour by making a female foreigner a face of Pakistan?

Mr Prime Minister, you mention cultural imperialism, our colonial complex over English as a medium of instruction, but more than 50 per cent of the population is all ears to hear about this victim-shaming and normalisation of assaults at public places, inside universities, in mosques, in the four walls. When Hazrat Umar (r.a) asked a woman who was roaming outside in street late at night that, why is she there, she replied “why are you asking me, ask the caliph isn’t he responsible for my safety?”

Following that very tradition of justice, I’m asking you the same question on behalf of millions.

Pakistan was ranked 153rd out of 156 countries on the gender parity index, as by the World Economic Forum. Why? Is it just a lack of representation at public forums or there is anything embedded? Why has a wolf culture emerged? Why do we have a horrible victim-shaming trend as a top social media trend in Pakistan? Why are we not safe inside public transports, bus stops, roads, within four walls of the houses and even our graves?

Will just arresting few culprits bring an end to this culture of vandalism? My countless female students are asking, “Is it safe to stay in Pakistan?” What will be their future? Every incident and every victim-blamer is a reinforcement to them that, it’s just a matter of turn n chance. My doctoral thesis research across Pakistan on issues of women’s career trajectory unveiled that this gender apartheid is the accepted code. We the resilient ones try to fight, challenge and bring change but without any systematic support.

This also addresses respected, Mr Bilawal Bhutto and Ms Mariam Nawaz. When it comes to the ruling legacy, they pick up the feminist perspective of maternal lineage and leadership but when it comes to issues of the basic feminist movement of our rights, why are the political podiums remain silent? Why has none of you ever raised issues to make political rallies a female affair? Why access of women to public spaces were never normalized? Why equity was not created by you as political leaders? Mere generalised statements are of no use as specific step-by-step directions are needed by political leaders. Not even once were patriarchal practices condemned. The victim-blaming culture was never snubbed. Not even once was it emphasised that equality was not threatening. The vague routine statements are adding insult to the injuries. Street power is used to deliver party narratives but not a specific narrative to educate and nation-build. Rather, a political leader publicly opposing the domestic violence bill is the face of the opposition party.

My own prime minister has to clarify his stance on the correlational factor of rape victims and dress code. Our mosques are never used to raise awareness on women rights, even though Prophet SAW mentioned three times in a row, “be particular about the rights of women.” How can the government reduce itself to reaction and no deterrence? How can it remain helpless when my daughters and my students start purchasing tiny pepper sprays and knives? It’s because the wrong values (based on mob mentality) were patronised.

Is there any directive at the government level to ban social media accounts of those who are slut-shaming as they are part of assault too? Is there any policy to make unconditional respect of women a compulsory part of Friday sermons? Is there any political party that announces a million march against the culture of rape and violence? Is there any action to create absolute access of women to public spaces? The culture of hegemony and patriarchal values needs to be challenged, but those who try to challenge it only face hate and abuse. As Joe Biden said after the exit from Afghanistan that the US was never there for nation-building, maybe none of our political leadership is here for nation-building. Such is the condition of Pakistan that we have no mainstream political party with an agenda of rebuilding a nation and its civic values. To the abusers, Allah has held each of us accountable for our deeds. No one, I repeat, not a single one of you is the judge, except for Almighty the great.

The writer is a researcher, activist, PhD scholar and teaches at university.