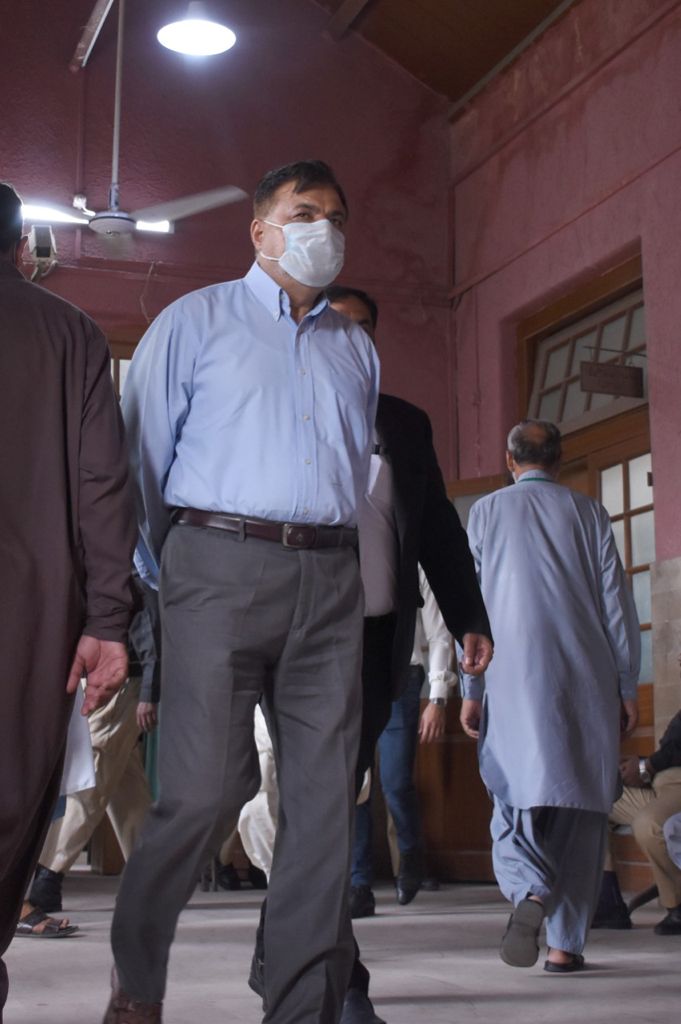 Mr. Justice S.M. Attique Shah at the Peshawar High Court issued freezing orders on a company petition filed by Syed Tahir Husain and family against the fraudulent transfer of their shares in Pak China Fertilizer Limited by their manager Muhammad Rafiq Bhojani. According to the petition before the honourable Company judge, Husain’s shares were secretly and fraudulently transferred while they were outside of Pakistan. Honourable Company Judge of Peshawar High Court, Mr. Justice S.M. Attique Shah, has placed a freezing order on the transfer of the shares. The court has granted status quo on the factory and sale of any products/scrap from the factory.

In their petition, the original shareholders informed the court that respondent Bhojani is currently in FIA custody for the offence of fraudulently transferring shares in Pak China in his name.
After hearing shareholder’s counsel Bahzad Haider Advocate, the Honourable Court has sought comments from Bhojani, who is in the FIA custody. The court has also issued notices to the Securities & Exchange Commission of Pakistan (SECP) and the FIA. The next date has been fixed for 20th of September 2021.

Mr Tahir Husain and shareholders of Pak China Fertilizers Limited submitted the case in Peshawar High Court for reversal of shares due to forgery committed by Bhojani of illegally transferring shares. The judge has granted the status quo which has frozen the shares of the company. The status quo shall also operate against SECP from accepting any filing by the company.
In May this year, the FIA registered a criminal case involving fraud of 1 billion Pakistani rupees against the former Chief Operating Officer of Pak China Fertilizer Ltd. Muhammad Rafiq Bhojani, his son Zain Abbas Bhojani, Ashafq Ahmed and nephew Muzammil Bhojani, after finding them guilty of fraud.
The case was registered at the Judicial Magistrate South-1 Karachi under Section 154 Code of Criminal Procedure, regarding the illegal transfer of shares of M/s Pak China Fertilizers by fraudulent manner. The process was done by electronic means using fake electronic data, according to the FIA report.
The FIA had said it had established that Mr Bhojani led the criminal plot with help from Zain Abbas Bhojani and nephew Muzammil Bhojani.
The FIA said in the report: “During the course of enquiry, it has been established that the accused Muhammad Rafiq Bhojani prepared fake Securities and Exchange Commission of Pakistan (SECP) profile of the complainant, Syed Tahir Hussain, and manipulated fake long-in on complainant’s behalf for which Muhammad Rafiq Bhojani allegedly used his own cell phone for authentication and gave a fake email address.
“During the course of enquiry it has also been established that accused Rafiq Bhojani prepared fake registration letter of Mr Hussain from his Directorship of M/s Pak China Fertilizers letter and fraudulently affixed fake thumb impression of Syed Amir Hussain on the said registration letter and submitted before the Securities and Exchange Commission of Pakistan,” the report further stated.