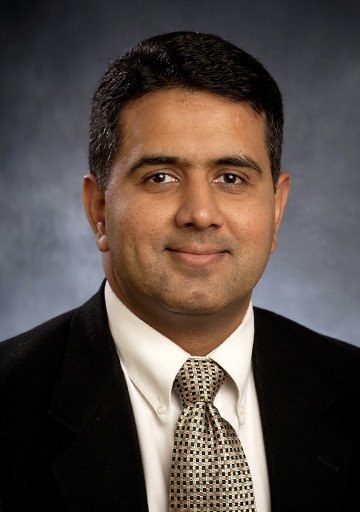 Stroke can occur after a sudden disruption of blood supply to a part of brain, sometimes causing a loss of ability to move particular parts of the body (face, arm, or leg), inability to see or speak and sudden change in balance. There are three types of stroke that require immediate recognition. (1) Ischemic stroke: A blood clot forms and blocks the artery in the brain. (2) Hemorrhagic Stroke: It occurs when a brain blood vessel ruptures. (3) Transient Ischemic Attack (TIA): It is a warning that ischemic stroke is impending because of narrowing of blood vessel causing flow disruption.

Globally, stroke affects 33 million individuals every year with two-thirds of all strokes occurring in the developing countries. In a developing country such as Pakistan, the prevalence and incidence of stroke is not exactly known largely because of lack of healthcare data collection. Reportedly, Pakistan has the world’s highest rate of stroke per capita. In a small series of stroke patients from Islamabad, the crude age-and sex-adjusted stroke incidence was found to be 95 per 100,000 persons per year during the years 2000 to 2016, with the highest incidence of 584,000 of 650,000 noted among individuals aged 75 to 85. However, ground reality speaks completely otherwise where we see younger age groups of either gender experiencing stroke. Higher prevalence of diabetes and hypertension starting at younger ages amongst the population could be a potential reason for the age disparity and stroke onset in Pakistan.

In Pakistan, we see “It is God’s will” mindset at most hospitals and patient only receives basic medical management (blood pressure, diabetes etc.) and left to his luck. Lack of National Emergency Transport System contributes to worsening in morbidity and mortality when it comes to treating time barred emergencies like Acute Stroke/ Neuro Trauma.

The overall death rate from stroke in industrialized countries among people over age 65 years is about 10 percent to 12 percent. Improved preventive medicine and utilization of aggressive acute stroke interventions and therapies have in recent decades, led to a steady decline in stroke incidence in most developed nations since 1970.

Stroke related neurologic emergencies still happen 800,000 times each year in the US, and are the country’s fifth leading cause of death.

Seek medical attention quickly if there is any suspicion of stroke. We, here at Services Hospital Lahore, have the motto “Stroke is not the End of Story – It is just a Beginning”.

It is really good news that nearly 80 percent of strokes is preventable. A number of myths surround strokes, their causes and treatments. Many people think that strokes only affect older adults or that they are not treatable. The reality is that strokes can happen to anyone at any time, and proven treatments are available, but only if a stroke victim receives medical attention quickly and at the right medical facility.

The approach that you do not need to go to a doctor if stroke symptoms go away is the most dangerous myth associated with the stroke. Temporary stroke symptoms are called transient ischemic attacks, or TIAs, and serve as an important warning sign prior to an actual stroke.

During a stroke, the part of the body controlled by the area of the brain experiencing the stroke stops functioning. Warning signs include sudden numbness or weakness of the face, arm or leg, especially on one side of the body.

Other symptoms include confusion, trouble speaking or understanding. The victim may have trouble seeing out of one or both eyes, and they may have difficulty walking or maintaining balance. A sudden, very severe headache might also be a sign of a stroke if there is no other cause.

Seek medical attention quickly if there is any suspicion of stroke. We, here at Services Hospital Lahore, have the motto “Stroke is not the End of Story – It is just a Beginning”.

The bottom line is that immediate medical attention is critical for improving the chances for survival and lowering the chances for complications. Department of Neurology at the Services Hospital, Lahore has Acute Stroke Service line that provides 24×7 Stroke Care and does administer the clot busting TPA if patient arrives within the stipulated time frame (0-3 Hours) of symptom onset and meets the inclusion criteria. An Acute Stroke patient once identified has to undergo emergent CT Brain and some essential blood tests before being considered for clot busting medication administration. Hence, the earlier the stroke is identified, the earlier the treatment can start. Studies have shown, that earlier treatment shows significant improvement compared to those who come late to the hospital.

Nothing is better than prevention. Controlling high blood pressure and diabetes are the most important things that can be done to prevent strokes. Thus, exercising, managing stress, quitting smoking, maintaining a healthy weight, limiting sodium, sugar and alcohol intake, and taking prescribed medications are critical. Doctors might also prescribe preventative medications such as anti-platelet drugs, anticoagulants, and cholesterol-lowering drugs, diabetes medications, CPAP machines for sleep apnea, and smoking cessation aids can also play a role.

For hemorrhagic strokes (brain bleeds), the risk factors are very similar, with high blood pressure being the leading cause. Head injuries, bleeding disorders and blood thinners are additional causes. Catheters or surgery can be used to repair aneurysms or other vascular malformations associated with hemorrhagic strokes, and non-invasive stereotactic radio surgery is also an option in certain cases.

After a stroke, recovery and rehabilitation efforts focus on restoring function to permit a return to independence. Physical, occupational, speech and cognitive therapy all play an important role in recovery and minimizing complications. Modifying risk factors to minimize the chance of another stroke is also very important. And remember that Acute Ischemic Stroke is a treatable condition.

The writer heads the Neurology department at Services Institute of Medical Sciences. He has also served as a president of Pakistan Stroke Society.