Pakistan wants assurance from Taliban to not let Afghan soil used against it: President 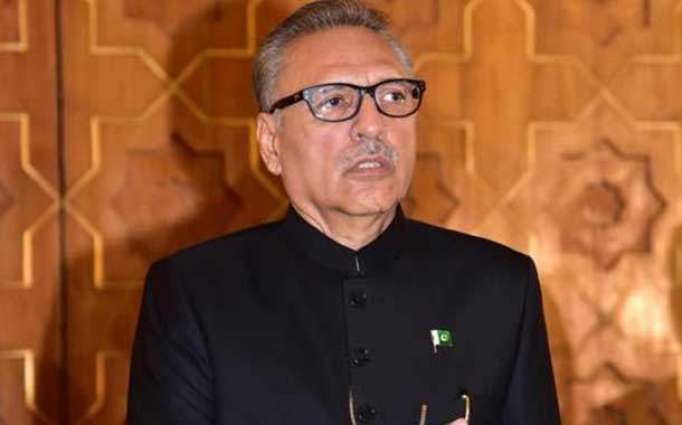 ISLAMABAD: President Dr Arif Alvi has said that Pakistan would like to have similar assurance from the Taliban, as given to China and the United States, that the soil of Afghanistan would not be used against them or any other country.

“We will always like assurances, the ones which were given to China and the United States, that the Afghan territory will never be used against any other country,” the president said in an interview with TRT’s Strait Talk.

The president was responding to host Ayese Suberker as she questioned if Pakistan was concerned about resurfacing of terrorist groups after the Taliban took over and about any preconditions with the new government in Afghanistan.

President Alvi mentioned that the Taliban had given assurances to China and the U.S. and expected the same for Pakistan.

“On the same principle, I am very hopeful that a similar attitude will be there with Pakistan as far as Afghanistan’s new government whatever form it takes,” he said.

He said the international norms settled in the Charter of the United Nations also supported such conduct.

To check the inflow of terrorists, he said, Pakistan had fenced its borders with Afghanistan. 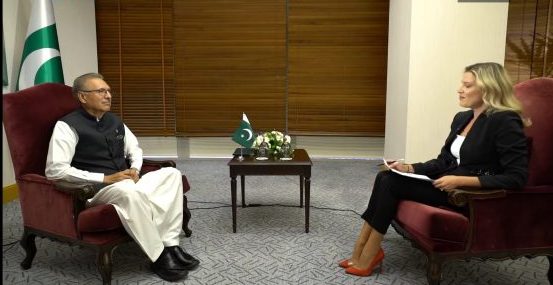 To a question, if Pakistan was likely to recognize the Taliban as the legitimate representative of the Afghan people, he said, “Whatever decision the government makes will happen with the consultation of a number of countries. First, we have to evaluate the situation as it emerges,” he said.

Asked if Pakistan found the Taliban “trustworthy”, he said, “Whoever [ruling power] is in Afghanistan, we will trust them as our neighbour to ensure peace.”

President Alvi termed the U.S. withdrawal from Afghanistan as “hasty” and said Pakistan always tried to persuade the U.S. that not war, but negotiations were the better solution.

He regretted that may it be the Vietnam war or the Soviet invasion in Afghanistan, humanity quickly forgot the lessons learnt.

The president pointed out that blaming Pakistan for the situation in Afghanistan had become a fashion, however, stressed that the swift collapse in Afghanistan had shown the world that it was far beyond for the countries to play their roles.

“With the U.S. presence of 20 years in Afghanistan, almost two trillion dollars spending and investing hundreds of billions for the development, I think the blame game and finding a scapegoat is easy,” he said.

On Pakistan’s role in bringing stability to the war-torn country, President Alvi said Pakistan looked forward to the resumption of peace in Afghanistan and was ready to play a role in its reconstruction.

He said during the four-decade-long conflict in Afghanistan, Pakistan was the “biggest loser” in terms of suffering the impact after Afghanistan itself.

“With the return of peace in Afghanistan, Pakistan will be the ‘biggest winner’,” he said, expressing optimism that things would settle down quite fast.

He mentioned that Pakistan was hosting four million refugees and stressed that such a gesture must be considered as a matter of goodwill by the Afghan people.

President Alvi said Pakistan was in touch with China, Russia, Turkey and the U.S. to pursue the agenda of development of the region.

However, he stressed that India was playing the role of a spoiler and urged it to not use any other territory against Pakistan.

On bilateral relations with Turkey, he expressed satisfaction over the defence cooperation, however stressed more collaboration in economic ties to match the potential.

He mentioned Turkey’s unwavering support to Pakistan’s stance on Jammu and Kashmir, which he was facing immense human rights violations for decades under the Indian occupation.