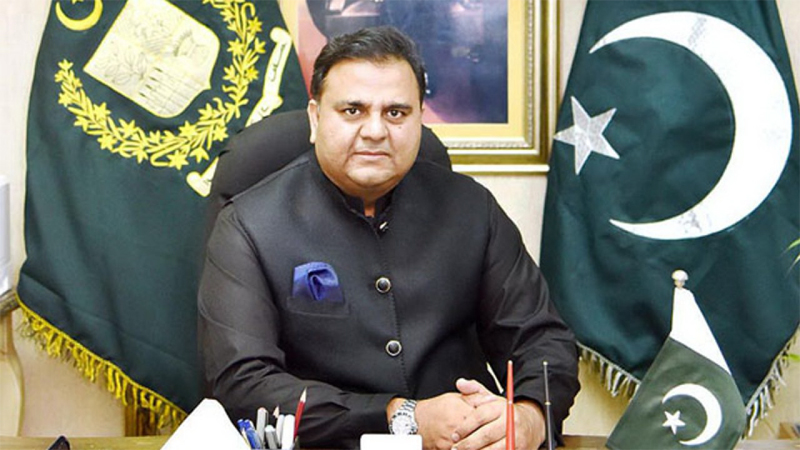 Federal Minister for Information and Broadcasting Chaudhry Fawad Hussain said on Sunday that as more people were shifting to digital media, it was set to define media landscape in Pakistan in near future.

Talking to representatives of digital media platforms here, the Minister said that there was need to check fake news, sectarian news and hate material on the digital media.

He said that there was demand in the public interest that digital media should be regulated to control abusive, harmful and hateful content and for this purpose, the Pakistan Media Development Authority was being set up.

The Minister said, the recent report of Digital Media Wing on Indo-Afghan nexus against Pakistan gives a glimpse of hybrid war the country was facing. He said that the fifth generation hybrid war was not a philosophy, rather it was a reality. He said that the United States was the world’s superpower today because it had peace in its neighborhood while Pakistan had India on one side and Afghanistan on the other. He said that the South Asian region was facing problems and ground realities would have to be kept in mind while making decisions.

He said when the erstwhile Soviet Union occupied Afghanistan in 1979, Osama bin Laden attacked New York, the US decided to withdraw from Afghanistan, all these decisions without consultation with Pakistan but it faced the consequences of these actions. “We have a challenge to differentiate between real and fake news”, he said. He quoted former US President Obama saying in 2013 that the biggest challenge for governments was to deal with the flow of information.

When the operation against Tehreek e Labbaik Pakistan (TLP) was started in Karachi, thousands of tweets were uploaded in three hours which gave the impression that civil war had started in the city and India was involved in all these anti-Pakistan tweets, the Minister said. He said that there were also many tweets from India about a sect, as the anti-state narrative was supported by India. The biggest hand behind the sectarian strife were the anti-Pakistan elements in India, he added. He said that if some countries do not have a strong narratives, their enemies lookout for the war of words. He said that when he took charge as Information Minister, he predicted that digital media would replace formal media but he faced criticism.

In 2018, he said, he wrote a letter to the Ministry of Finance stating that the way advertising was moving forward, it will be around Rs 12 billion in the digital media in the next five years. In 2018, it was Rs 4 billion and in just three years, it has reached Rs 25 billion, he told.

He said that currently, Google and Facebook alone were collecting about Rs 7 billion from Pakistan in terms of advertising. In the next two to three years, formal media advertising will lag behind while digital advertising will move forward, the Minister said. “We need to keep an eye on digital advertising as it is very important to regulate it,” he said. He said that there were 114 satellite television channels operating in Pakistan out of which 31 were news and current affairs channels whereas 42 were entertainment channels. He said that the number of FM radio channels was 258 out of which 196 were commercial and 62 were non-commercial. He said that IPTV channels were 12 and mobile TV channels were 6. The total number of print media approved by ABC in Pakistan was 1672 out of which 800 were dummy newspapers, he said and added that at present, 183 million mobile Sims had been issued but safely 100 to 120 million mobile phone users were in the country.