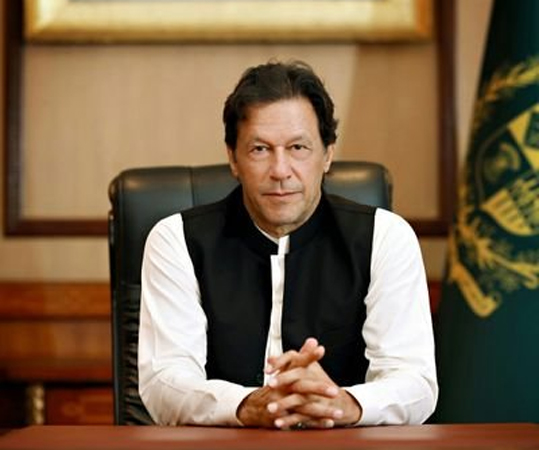 In line with his vision to end educational disparity, Prime Minister Imran Khan will launch on Monday the first phase of the Single National Curriculum (SNC) for the students of grade Pre-1 (Kindergarten) to grade 5, across the country.

The uniform curriculum has been developed by National Curriculum Council, Ministry of Federal Education and Professional Training, in consultation and collaboration with education departments of all federating units of the country.

The Single National Curriculum is being developed and released in three phases. In first phase, the plan for grades Pre-1 to 5 (academic year 2021-22) will be implemented, whereas in second and third phases, the grades 6 to 8 (2022-23) and grades 9 to 12 (2023-24) will follow the new curriculum, respectively.

The development of SNC is driven by key considerations such as teachings of the Holy Quran and Seerat-e-Nabwi, Pakistan’s constitutional framework, national policies with their aspirations and standards, alignment with Sustainable Development Goals, the Quaid and Iqbal’s vision, a focus on values, respect for diversity in cultures and religions, and the development of 21st century skills including

analytical, critical, and creative thinking. The process for developing the SNC entailed both a comparative review with curricula from other countries and consensus building within Pakistan following a consultative process.

As first step, multiple comparative studies were conducted to align an SNC draft with international standards. These standards were taken from curricula followed in Singapore, United Kingdom, Malaysia and Indonesia and findings incorporated in the SNC draft.

A consultative process with stakeholders including representation from the public sector, private sector, madaris and the cantonment and Garrison boards across Pakistan was being followed. The provincial and area workshops were subsequently held in all federating units. Finally, a National Conference was held in Islamabad where consensus on the final draft of the curriculum was secured.

The curriculum documents for SNC phase-II (Grades 6 to 8) are close to completion, following a similar consultative process. The curriculum will be ready for implementation in the upcoming academic year 2022-23. The time in between will be utilized to make quality textbooks for all schools, with participation from public and private sector as needed.

Under SNC, English will be taught as a language with a focus on skills. In Islamiat, new themes of “Muamilaat” and “Islam aur daur e Hazir ke Taqazay” have been added.

The experts from all factions of Ittehad Tanzimat Ul Madaris Pakistan were part of consultation. To ensure intra-faith harmony, the SNC focuses on what is common between schools of thought and avoids promoting religious differences.

The practical aspects of Seerat as the blessed life of Prophet Muhammad (PBUH) have a special focus in the SNC, particularly in terms of how they apply to the lives of our young generation. These include taking care of planet, water conservation, rights of elderly, citizenship, respect for religious and cultural diversity and values of honesty and hard work.

For students from minority faiths, a separate curriculum with the title Religious Education has been developed. Five major religions are represented, with individual

curriculum for each including Christianity, Hinduism, Sikhism, Baha’i and Kalash. Social Studies has been developed to encourage patriotism, global citizenship, human rights and peace.