Ehsan Mani may get extension as PCB chairman despite poor performance 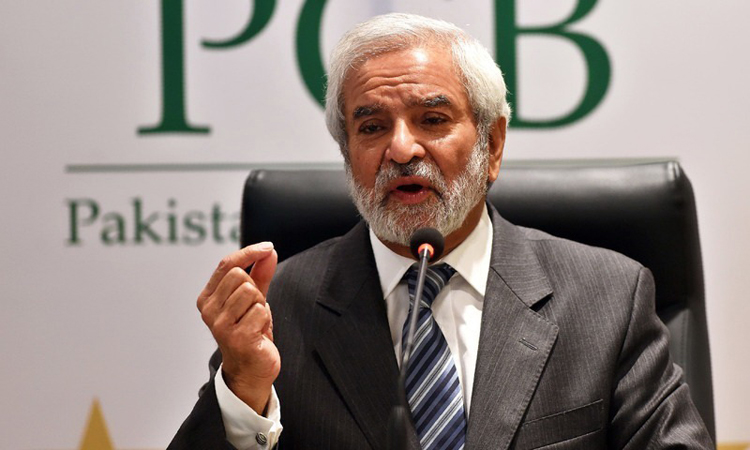 Word is that PCB (Pakistan Cricket Board) Chairman Ehsan Mani is losing a lot of sleep these days, and nights, over the matter of his extension in office for another three years. He is widely considered Prime Minister Imran Khan’s blue-eyed boy at the PCB, which is why everybody expects him to get the nod for another three years. Even the few pieces that have touched upon this matter in the press have quoted a number of Board officials who are pretty sure that he will stay at least for another term.

Yet there is silence from the Prime Minister’s Office. Perhaps the PM, since he’s no stranger to cricket, has noticed that the Board’s performance, and that of the team, has been on a very visible decline when compared to the days when one Najam Sethi ran the show; somebody who was criticised to no end by Imran Khan back in the day, along with the claim that he would put the right man in the job when he became PM.

But it’s turning out that his man is not only not doing the stand-up job that was expected of him, he’s actually undoing some of the good work that was done before his time. And the team, whose performance the Board is ultimately all about, is not even a shadow of its old self. And the stats are very sobering.

It turns out that Pakistan has played 10 Test match series since 2018-19, when Ehsan Mani took over as chairman of PCB. And of those 10 series, we have lost five and won only one against teams ranked in the world’s top-5 – Australia in 2019-20 in UAE.

And to top it all, Pakistan was on top of the world in T20 cricket, winning 11 series till 2018-19. Yet we’ve only been victorious in six out of 13 tournaments resulting in 7 series losses. Pakistan has mostly been doing well in matches against minnows West Indies, Zimbabwe, Bangladesh, and South Africa.

So we’ve gone from getting the Test mace in 2016 to being ranked number five right now. We’ve also gone down from world number-five to number-six in one-day internationals, and from world champions to world number-four in T20Is.

That means, of course, that the national team has lost a lot more matches than it has won since the last change of guard at the cricket board. And if that sounds bad, the story of mismanagement of the Board’s operations is even worse. The biggest thing going for the PCB before Mani came was the introduction of a very successful business model that made PSL (Pakistan Super League) possible. It was based on a win-win partnership model between broadcasters and rights holders. And all that Mani was supposed to do was to keep it running and let the money roll in. But he tried to squeeze rights holders and insisted on upfront payments even though the tournament itself was scattered and held in three phases. And now the win-win partnership model is broken with nothing to replace it.

News of the PCB selling broadcasting rights to a foreign TV channel, without due bidding process, is also about to hit the headlines. It seems that an international channel, with which Mani was associated for a very long time and his brother also works with, was given rights to cover the National T20 Cup for 10 days, Pakistan Cup for 10 days, and the final of Quaid e Azam trophy for five days without due process.

When Daily Times contacted PCB for its comments on the issue, the director, PCB media, Samiul Hassan, said that the story had already been broken, which it’s not, and the Board had already issued a rebuttal, which it hasn’t, and then blocked our sports reporter, which shows not just a very arrogant but also a very unprofessional mindset.

No doubt Mani and his team have good explanations about all these issues, but they are not sharing them with anybody just yet. But no matter how much they hide all their faults under the carpet, they are apparently having a hard time keeping them from the prime minister, without whose approval Mani is not going to get the extension that he’s looking for.

As things stand, it’s hard to make a case for another three years based on performance. And it’s ironic that at a time when Imran Khan is prime minister, who understands cricket better than anybody in the Board or the government, the quality of Pakistani cricket is declining very visibly. It won’t be long now before the prime minister’s decision becomes clear.