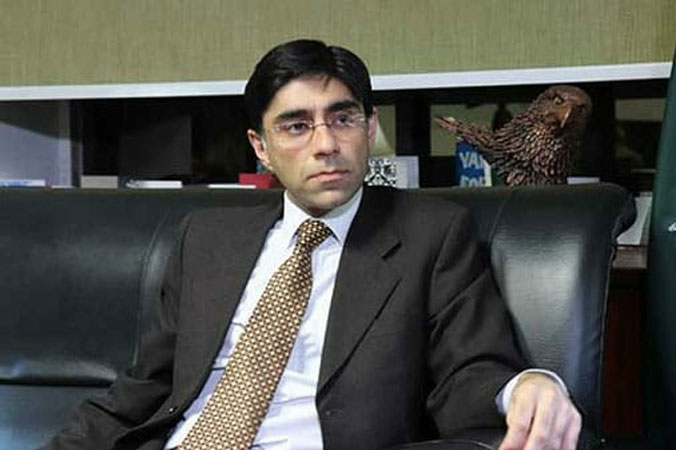 National Security Adviser Dr. Moeed Yusuf Thursday said that India has failed to dent the Kashmiris’ struggle for their legitimate right to self-determination guaranteed by the international community under UNSC resolutions despite brutal oppression and human rights’ violations, well documented by international media.

National Security Adviser on his official handle at social networking site Twitter to express solidarity with Kashmiri brethren on “Youm-e-Istehsal” Kashmir in a series of tweets wrote that on August 5, 2019, India took unilateral and illegal actions in IIOJK, imposing an unprecedented military siege. Dr Moeed, who is on his official visit to the US said, “India’s attempts at forced demographic change and erasing Kashmiri identity will never be successful. The government and people of Pakistan stand resolute in their support for Kashmir cause.”