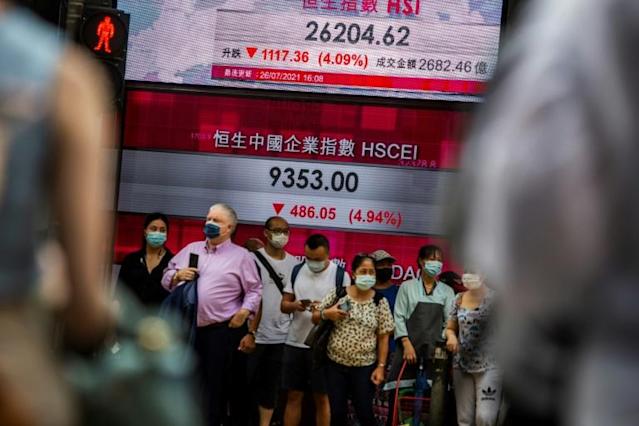 Beijing scrambled to calm investors after a crackdown on some of China’s biggest firms rattled markets with regulators calling bankers in for a last-minute call Wednesday night, Bloomberg reported.

The call hosted by the China Securities Regulatory Commission included executives of international investment banks, Bloomberg added. The business models of private tutoring firms were obliterated by a shock announcement on Saturday that they must become non-profits, sending stock prices crashing.

A source with knowledge of the call on Wednesday told Bloomberg that bankers were given the impression that the sudden edicts for education companies were not going to ripple out to other industries. The crackdown on the sector is the latest in a series of new rules for industries ranging from education to e-commerce. Proposed new cybersecurity checks on internet firms planning foreign IPOs have been followed by shelved listings, recently. Authorities have moved to calm spooked markets this week. Multiple local media outlets on Wednesday night republished a commentary from the official Xinhua news agency that declared “the foundation for China’s capital market development is still solid”.

The recent new rules are “not restrictions and suppression targeting the relevant industries”, the commentary said, arguing that the policies are instead aimed at “preventing disorderly capital expansion” and strengthening anti-trust measures. China’s recent crackdown has impacted nearly every aspect of modern life. E-commerce empire Alibaba was hit with a record antitrust fine in April and leading ride-hailing app Didi Chuxing was banned from Chinese app stores days after its New York IPO this month.