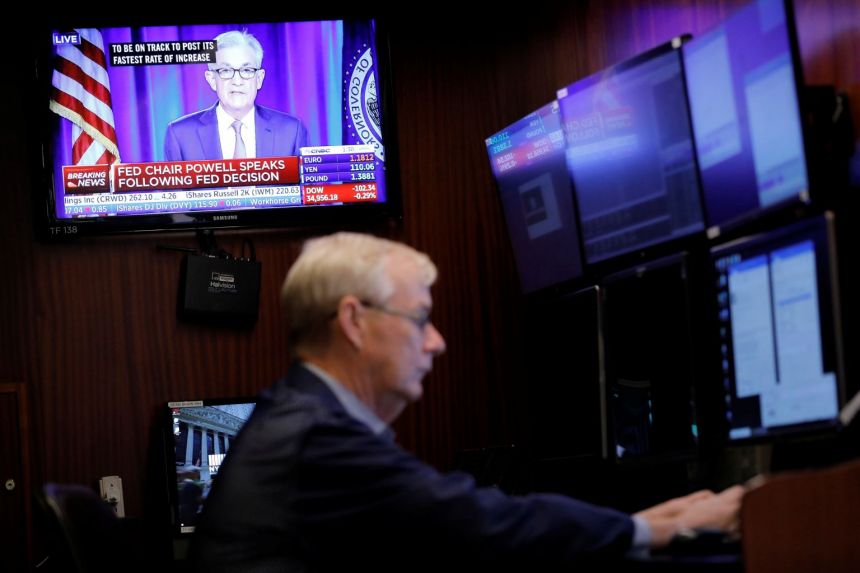 The Nasdaq rallied while the Dow fell Wednesday as investors digested a slew of mostly positive earnings reports and a Federal Reserve decision that maintained accommodative monetary policies.

One of the busiest 24-hour stretches of earnings season featured mostly strong reports from a litany of huge companies, including Apple, Google parent Alphabet, Starbucks and Boeing. But several of the companies declined anyway, suggesting investors believe “that it’ll be hard to sustain the same level of growth moving forward and that a lot of the good news has been priced in,” according to Briefing.com.

Meanwhile, the Fed again described the US economy as improving but still in need of support, with Fed Chair Jerome Powell offering little specificity on when stimulus measures will be reduced. “There’s a range of views on what timing will be appropriate,” he said. “No decisions were made.” The Dow Jones Industrial Average finished down 0.4 percent at 34,930.93. The broad-based S&P 500 was flat at 4,400.64, while the tech-rich Nasdaq Composite Index gained 0.7 percent to 14,762.58. Among individual companies, Boeing surged 4.2 percent after reporting a surprise profit in the quarter — its first since late 2019 — which will allow it to hold on to employees it had planned to lay off.