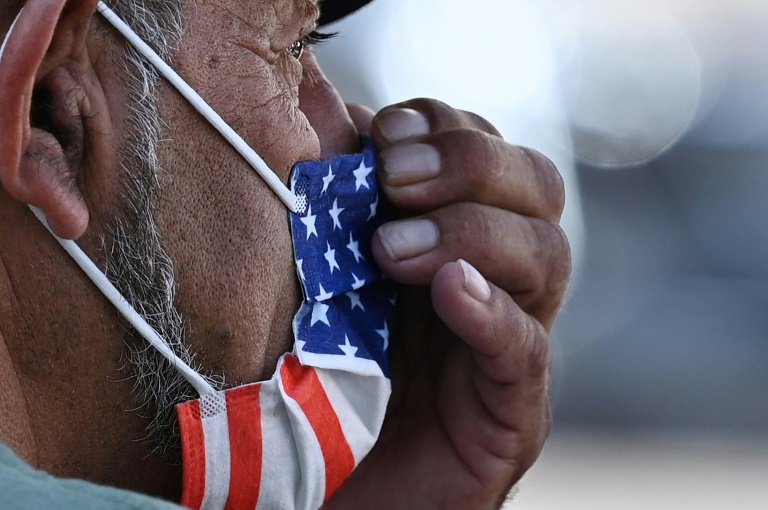 People vaccinated against Covid-19 in high-risk parts of the United States should resume wearing masks indoors, the top health authority said Tuesday, a major reversal in guidance that underscored the country’s struggle to suppress the Delta variant.

President Joe Biden said the announcement showed that America needs to “do better” on vaccinations, adding that a vaccine mandate for the country’s more than two million federal workers was now “under consideration.” Centers for Disease Control and Prevention director Rochelle Walensky cited new data that shows rare breakthrough cases involving Delta have an increased risk of onward transmission. “In areas with substantial and high transmission, CDC recommends fully vaccinated people wear masks in public indoor settings,” she said. As recently as last week, the CDC had defended its surprise decision in May that vaccinated people did not have to wear masks indoors in most circumstances. In another setback, the White House on Tuesday also ordered all its staff to mask up again due to local transmission rates in Washington.

According to the latest CDC data, 63 percent of the country’s more than 3,200 counties are experiencing substantial or high transmission. Substantial is defined as being between 50 and 100 daily cases per 100,000 people over seven days, while high is defined as more than 100 daily cases per 100,000 over seven days. Biden said he would lay out new steps on Thursday to overcome the lag in vaccinations after the country’s strong start to its program.

In a separate address to the US intelligence community, when asked about a possible vaccine mandate for US federal workers, Biden replied: “That’s under consideration right now.” Los Angeles announced on Tuesday that it would require city officials to provide proof of a coronavirus vaccination or a weekly negative test. “The fourth wave is here, and the choice for Angelenos couldn’t be clearer — get vaccinated or get Covid-19,” Mayor Eric Garcetti said. “If you’re a city employee, we’re now going to require you to either show that you’re vaccinated or take a weekly test, and we’re committed to pursuing a full vaccine mandate.” On Monday, the Veterans Affairs department said it would require its frontline health workers, some 115,000 people, to get the shot, becoming the first federal agency to institute the requirement.

Walensky stressed that so-called “breakthrough” cases among people who are vaccinated remain rare — shots reduce the risk of symptomatic disease seven-fold, and hospitalizations and deaths by a factor of 20. However, new CDC research showed that when a vaccinated person does become infected, their viral load is similar to an unvaccinated person. “That leads us to believe that the breakthrough infections, rare as they are, have the potential to forward transmit at the same capacity of an unvaccinated person,” she said. To stem the spread of the Delta variant, the CDC will recommend schools adopt universal masking, including teachers, staff, students and visitors, regardless of vaccination status, when they reopen in fall, she added.

Former president Donald Trump, widely accused of mishandling the virus while in office, slammed the latest recommendations. “We won’t go back. We won’t mask our children,” he said in a statement. “Brave Americans learned how to safely and responsibly live and fight back.” Infection numbers in the United States are now swelling, thanks to the Delta variant, which accounts for around 90 percent of cases. The latest seven-day average of daily cases is more than 56,000, similar to levels last seen in April.

In total, more than 610,000 people have died of Covid-19 in the United States. Forty-nine percent of the US population is fully vaccinated, but the vaccination rate is heavily skewed towards politically liberal parts of the country. Walensky stressed she saw masks as a “temporary” measure, adding: “What we really need to do to drive down these transmissions in areas of high transmission is to get more and more people vaccinated.” According to a recent paper in the journal Virological, the amount of virus found in the first tests of patients with the Delta variant was 1,000 times higher than patients in the first wave of the virus in 2020, greatly increasing its contagiousness.