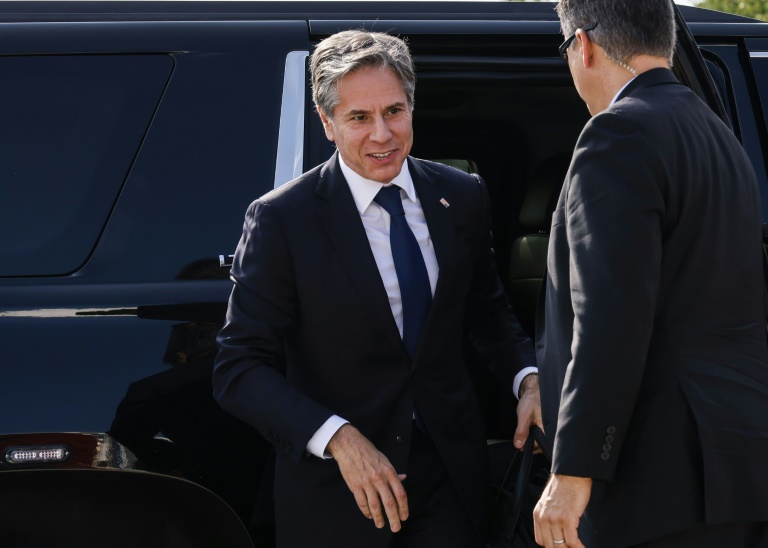 US Secretary of State Antony Blinken on Tuesday voiced outrage and promised renewed efforts to combat anti-Semitism after a swastika was found etched in an elevator at the State Department.

Officials said they had launched an investigation into how the symbol of Nazi Germany was scraped into the wood paneling of an elevator in the Harry S Truman Building, the secure headquarters of American diplomacy in central Washington.

Blinken, a secular Jew whose stepfather survived Nazi death camps, sent a message to State Department employees to call the graffiti discovered late Monday “completely abhorrent.” “It’s a painful reminder that anti-Semitism isn’t a relic of the past; it’s still a force that we’re dealing with in the world and unfortunately we’re dealing with it close to home,” State Department deputy spokeswoman Jalina Porter said as she quoted the message from Blinken, who is on a trip to India. “It has to be said that anti-Semitism has no place in the United States and certainly has no place in the State Department.”

The American Jewish Committee said the graffiti was etched close to the office of the special envoy against anti-Semitism and urged the State Department to fill the position, which like many positions has been vacant since the change of administration. “Anti-Semitism is still an abhorrent force in the world, as the secretary rightly noted, but sadly, much of the anti-Semitism we face today isn’t as obvious as a Nazi swastika,” said Holly Huffnagle, the group’s director for combatting anti-Semitism.

Blinken last month on a visit to Berlin launched an effort with Germany to combat resurgent anti-Semitism including by stepping up education on the Holocaust as survivors pass away. Blinken warned at the time that Holocaust denial and other anti-Semitism “often go hand-in-hand with homophobia, xenophobia, racism, other hatred” and is a “rallying cry for those who seek to tear down our democracies.”