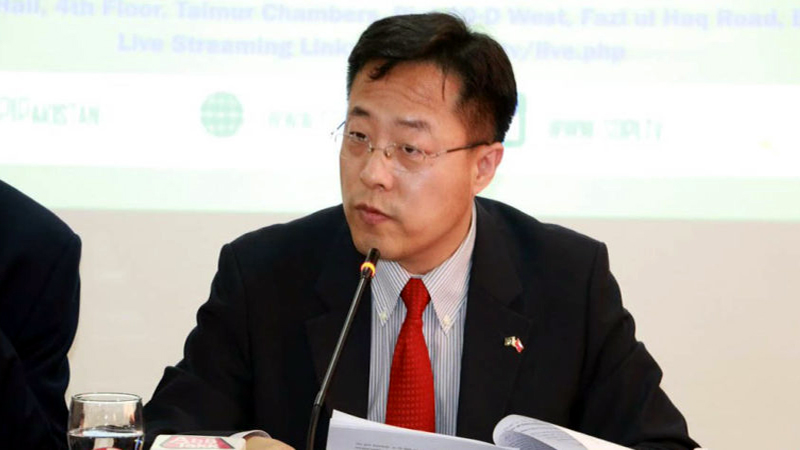 Foreign Minister Shah Mahmood Qureshi and China’s State Councilor and Foreign Minister Wang Yi led delegations of their respective countries during the dialogue. The two sides held in-depth exchange of views on international and regional issues of common interest, Zhao Lijian said during his regular briefing held here. He informed that State Councilor Wang Yi pointed out that since China and Pakistan set up diplomatic ties 70 years ago, the two countries have worked together to overcome many difficulties and obstacles and forged an iron-clad friendship and established an all-weather strategic partnership of cooperation.

“A high degree of mutual trust, mutual assistance, seeking peace and promoting development together are the most distinctive features of the bilateral relations and greatest strength in moving forward together,” he added.

He said the Chinese side is willing to work with Pakistan to take the 70th anniversary of the diplomatic ties as an opportunity to accelerate the construction of a closer community with a shared future in a new era and bring more benefits to the two people and make greater contribution to regional stability and prosperity. The spokesperson said that during the meeting, Foreign Minister Qureshi extended congratulations to the Chinese side on the 100th anniversary of the founding of the Communist Party of China (CPC).

“Pakistani side wished the Chinese government and people greater success in achieving a goal of socialist modernisation in 2035 and built a modern prosperous beautiful democratic and culturally advanced and harmonious socialist country in 2049, under the inspiring and visionary leadership of the CPC with Comrade Xi Jinping at the core,” he added.

China is Pakistan’s long standing strategic partner and strengthening iron-clad partnership is the common understanding of the whole country and the basis of Pakistan’s foreign policies, Foreign Minister Qureshi added.

The foreign minister said, in the face of the major global challenges, it is important to enhance coordination and cooperation between the two sides. Pakistan is ready to join hands with China to respond to possible challenges and take bilateral relations to a new height.

Zhao Lijian said, during the meeting, the two sides strongly condemned the terrorist attack targeting Chinese nationals in Pakistan, mourned the lost lives and expressed sincere condolences to the injured.

Both sides spoke highly of the outcomes of the anti-epidemic cooperation, agreed to continue the high quality construction of CPEC, strengthen coordination on international and regional affairs, oppose hegemony and unilateralism, promote the common values of humanity, he added

The two sides agreed on continuing their ongoing support on issues concerning each other core national interests and underscored that a peaceful, stable cooperative and prosperous South Asia is in the interest of all countries. They decided to launch the joint actions of the issue and reaffirmed their commitment to facilitate and support the Afghan led and Afghan owned peace and reconciliation process, he said.