Millions of tourists flock to Swat during Eid holidays 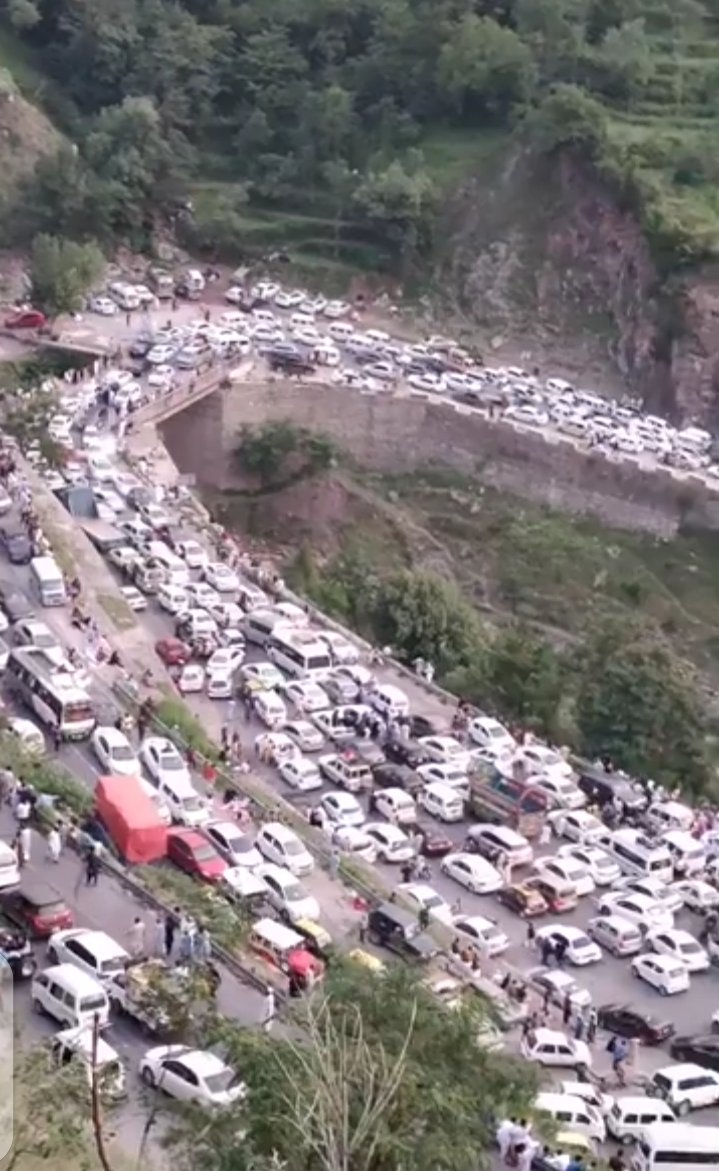 SWAT: Due to the influx of tourists in Swat, the traffic system was affected, long queues of vehicles were formed on the highways leading to tourist destinations.

Tourists continued to arrive in Swat on the fifth day of Eid and the roads leading to the tourist destinations were jammed due to congestion, which resulted in minutes to hours of travel.
According to the district administration, more than 800,000 tourists have visited the valley in the last five days, most of them in the Kalam Valley. There were crowds where all the hotels remained full and it became difficult to find rooms in the hotels.

Mukarram Khan, a tourist from Karachi who traveled eight hours to Kalam, said he reached Kalam in eight hours from Madyan. He said there were traffic jams at various places and difficulties due to long queues of vehicles. “We reached Kalam with great difficulty, so we came here and found peace. We enjoyed the beautiful scenery here.”

Timur Habib, who went for a walk in Gabin Jabba, said that Gabin Jabba is indeed a beautiful valley and a paradise on earth. He was happy to come here but faced many difficulties due to traffic jams.

Section 144 has been enforced after the drowning of a Peshawar resident in the Mahodand Lake area of Kalam yesterday, but a large number of tourists are still flocking there.

According to Swat police, police personnel has been deployed at various places to facilitate the tourists, who are making strenuous efforts to keep the traffic system running, while tourist police squads are also assisting the tourists.

According to sources, the influx of tourists continued on the fifth day of Eid in Swat, Long queues of vehicles are still lined up at Landake, Shamozai, and Chakdara, the entrances to swat, while the line continues to Kalam, Malam Jabba, and Gabin Jabba.