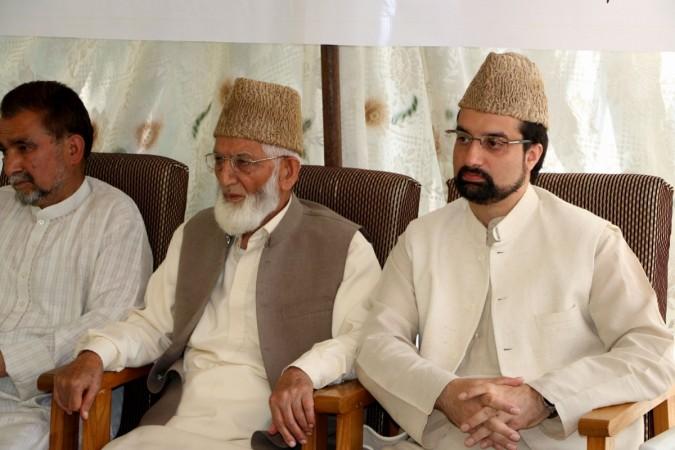 An India-based government agency had made hacking attempts on phones of over 25 Hurriyat leaders from the Indian occupied Kashmir between 2017 and mid-2019.

This agency is also believed to be a client of the Israeli company NSO group.

More than 25 people from the occupied Kashmir Valley have been identified as potential targets of intrusive surveillance, according to Kashmiri journalists based in Delhi.

A non-profit journalism organisation based in France, Forbidden Stories, and Amnesty International accessed a massive list of 50,000 numbers believed to have been selected as potential surveillance targets by ten countries.

The records were then shared with a group of 16 news organisations from around the world, who worked together for several months on an initiative called the Pegasus Project to investigate the scope of this planned or actual surveillance.

Two of the Hurriyat leaders Bilal Lone and the late Syed Ali Shah Geelani, were able to have their phones forensically examined.

The Israeli company, on the other hand, has denied that the records obtained by the Pegasus Project are related to surveillance.

“It is not a list of targets or potential targets of NSO`s customers, and your repeated reliance on this list and association of the people on this list as potential surveillance targets is false and misleading,” NSO said in a letter to the Pegasus Project on Tuesday.

“I used to hear rumours about phone tapping. It never occurred to me that I also may be a target. But I am too small a person to do anything about it,” said Lone.

According to the publication’s report, forensic analysis revealed that Geelani’s phone showed clear signs of Pegasus spyware activity between February 2018 and January 2019.

His appearance in the leaked data corresponds to the days and months when the infection was detected on his phone.

At least two members of People’s Democratic Party (PDP) chief and former Chief Minister of J&K Mehbooba Mufti’s family are among those on the leaked database.

When Mufti was still the chief minister of the former state and in a coalition with the BJP, he was chosen as a potential target of surveillance.

Mufti’s family members were selected for possible surveillance just months before the government fell apart when the BJP left the coalition in June 2018.

Mufti declined to comment when asked if she believed there was a link.

She added that surveillance, as a concept for Kashmiris, is not new. “People are used to having their thoughts, ideas not only intercepted but even being punished for them.”

The politician’s brother, who is now close to the BJP, was also chosen.

Tariq Bukhari, the brother of J&K Apni Party president Altaf Bukhari, appears on the list and was of particular interest to the agency, which added his name between 2017 and 2019.

His brother, Tariq, is a businessman and political figure who was questioned by the National Investigation Agency in April 2019 in connection with a “terror funding” investigation. He was one of the few prominent Kashmiris to support the Union government’s decision after J&K’s autonomy was stripped in August 2019.

In addition, between 2017 and 2019, at least four members of Syed Ali Shah Geelani’s family – including his son-in-law, journalist Iftikhar Gilani, and his son, scientist Syed Naseem Geelani – were of consistent interest to the NSO group’s Indian client.

Naseem said over SMS that he feels that he could have been a target of potential surveillance “probably because of the political views of my father”. The older Geelani apparently does not use a mobile phone.

The unprecedented leak also reveals that Mirwaiz Umar Farooq, the current head of the Hurriyat Conference, was a possible target of surveillance between 2017 and 2019. Farooq is also a very important religious figure in the Valley as the chief cleric of the Jamia Masjid, a 14th-century iconic religious centre in Srinagar city.

According to the records, Farooq’s driver was also a possible target of surveillance.

A senior aide of Farooq’s said he was “disturbed” that his “fundamental rights have been put at stake”.

“It is an infringement of the right to privacy and a human rights violation. In J&K where even basic rights of an entire population remain suspended, it is unlikely there will be redressal,” the aide said, wishing to remain anonymous.

Waqar Bhatti, a prominent Valley human rights activist, was also a possible target of surveillance. Bhatti believes he was marked as a result of his activism.

“I am an activist from Kashmir. The government doesn’t like people who are involved in activism in Kashmir,” said Bhatti.

For the years 2018 and 2019, the database also includes the phone number of a well-known Delhi-based civil society critic of the government’s Kashmir policy. The Wire has verified the number, but on their request, we are withholding their identity.

A prominent businessman in the Valley, as well as a Delhi-based businessman with strong political ties to all mainstream J&K parties, were both targeted for possible surveillance. On their request, their identities are being kept hidden.