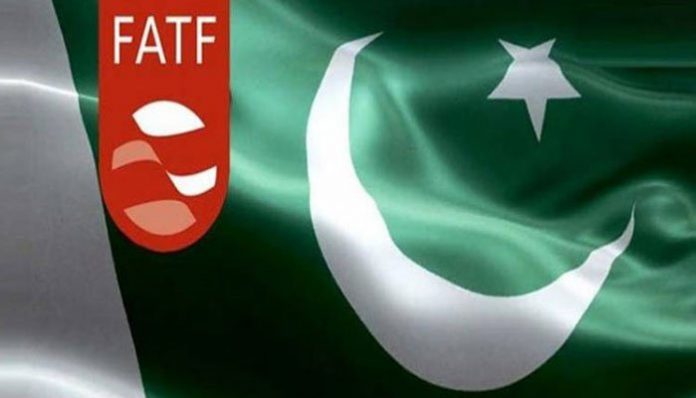 ISLAMABAD: Pakistan on Monday said it was considering approaching the president of Financial Action Task Force (FATF) for an appropriate action against the government of India after its confessions of politicizing the forum.

“Following the recent confession by Indian government, India’s credentials for assessing Pakistan in FATF as co-chair of the Joint Group or for that matter any other country are subject to questions, which we urge FATF to look into,” the Foreign Office Spokesperson said.

Indian External Affairs Minister S. Jaishankar on July 18 had confessed that “the Narendra Modi government ensured that Pakistan remained on the grey list of FATF”.

Foreign Minister Shah Mahmood Qureshi said Pakistan had consistently maintained that India had politicized the FATF and the recent Indian statements made clear their malinent.

“Manipulating an important technical forum for narrow political designs against Pakistan is disgraceful but not surprising for the Modi government,” the foreign minister said in a tweet.

Pakistan has consistently maintained that India has politicised FATF. The recent Indian statement makes clear their malintent. Manipulating an important technical forum for narrow political designs against Pakistan is disgraceful but not surprising for the Modi Government.

Spokesperson Zahid Hafeez Chaudhry in response to the queries by media persons on India’s disagreeable role in the FATF greylisting of Pakistan, said that “the Indian statement not only exposes its true colors, but also vindicates Pakistan’s longstanding stance on India’s negative role in FATF”.

The FO Spokesperson mentioned that Pakistan had always been highlighting to the international community the politicization of FATF and undermining of its processes by India.

“The recent Indian statement is just further corroboration of its continued efforts to use an important technical forum for its narrow political designs against Pakistan,” he said.

The Spokesperson said while Pakistan has been sincerely and constructively engaged with FATF during the implementation of the Action Plan, “India had left no stone unturned in casting doubts on Pakistan’s progress through disgraceful means”.

Pakistan has always been highlighting the politicization of FATF & undermining of its processes by India. The recent statement by Indian EAM is further corroboration of India’s continued efforts to use an important technical forum for its political designs against Pakistan. 1/3 pic.twitter.com/4HYAnkcSpJ

“We are resolved to sustain this momentum and trajectory with the support and cooperation of our international partners. India’s delusions of putting pressure on Pakistan have always remained unfulfilled and would never see the light of day,” he said.

The FO Spokesperson said despite distractions including politicization of FATF processes by certain jurisdictions, Pakistan reaffirmed its commitment to bring its AML and CFT systems to international standards for its own good and also to fulfill its international obligations and commitments.