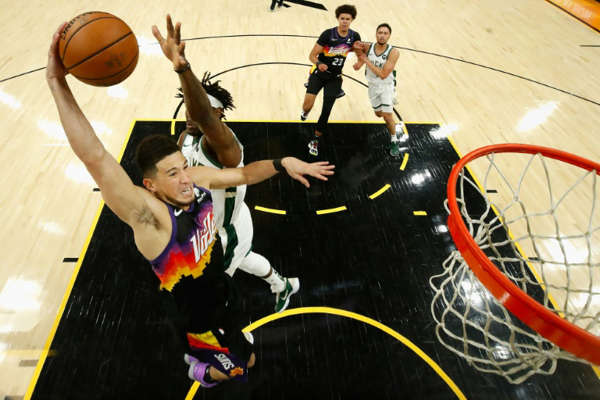 US Olympic basketball coach Gregg Popovich’s struggling group of NBA stars is having to build the “corporate knowledge” that became a trademark of Popovich’s NBA championship teams in San Antonio.

So says Milwaukee Bucks coach Mike Budenholzer, who spent 17 seasons as an assistant to Popovich with the Spurs, being on his staff for four championship runs. Budenholzer, whose Bucks trail Phoenix 2-1 in the NBA Finals entering Wednesday’s game four in the best-of-seven matchup, noted how his squad has come together over years of talent playing alongside one another just as the Spurs’ top teams did. “It takes a lot of time to figure things out,” Budenholzer said. “There’s no replacement for reps and experiences and being defended different ways and having to navigate different things defensively.”

The US Olympians, seeking a fourth straight gold medal at Tokyo, came together only four days before an exhibition loss to Nigeria and then dropped a second match to Australia on Monday. Americans had lost only twice before in exhibition play since the original “Dream Team” began the NBA’s Olympic era n 1992. A campaign that has extended a month later than normal due to Covid-19 pandemic issues forced the late gathering.

Three players in the NBA Finals — Milwaukee’s Khris Middleton and Jrue Holiday and Phoenix’s Devin Booker — will join the US Olympic squad once the league crown is decided. But that might mean they don’t arrive until just before the US opener on July 25. And when it comes to “corporate knowledge” building, Budenholzer says: “No, you can’t get that in two minutes or two games or a couple practices. It’s real and it takes real time.” As an example, he cites the years Middleton and Greek star Giannis Antetokounmpo have spent together in Milwaukee. “It’s a little bit like Khris and Giannis,” he said. “They’ve been together for so long that you can just see and feel some of the things they do that are very just instinctual, very just kind of without thinking about it.”

Holiday admitted he was happy to have two days off to rest without travel between games three and four. “I think I’m handling it pretty well,” Holiday said. “This is just the opportunity of a lifetime, so I do my best to take care of my body, rest as much as possible.” Holiday credited his wife for being the “backbone” of the family and added, “She knows that at some point, I’ll be back to be able to help,” but he was reminded it won’t be until after he travels to Japan. “After that,” he said. “So, August I’ll be back with the family.”