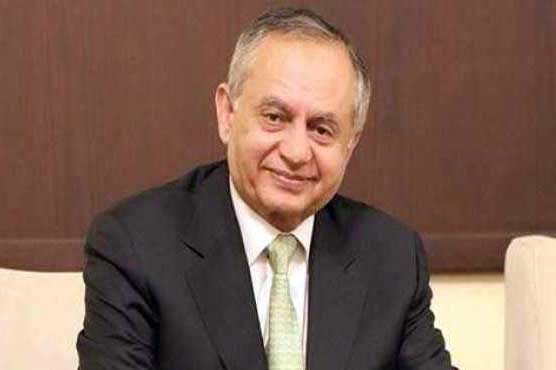 FAISALABAD: Advisor to Prime Minister on Commerce, Textile, Industries, Production and Investment, Abdul Razak Dawood has said that the Duty Drawback of Local Taxes and Levies (DLTL) for the textile sector will continue in the future in order to increase the export of value-added textiles.

He was addressing a meeting at the office of the Pakistan Hosiery Manufacturers & Exporters Association (PHMA) here on Saturday. He said that exporters want zero-rate sales tax and this was their major issue.

He said, “I will soon have a meeting with Prime Minister Imran Khan and Finance Minister Shaukat Tareen to resolve this issue.”

Razak Dawood said that the textile sector was playing a major role in stabilizing the national economy.

Therefore, the government was also striving hard to resolve problems of this sector on a priority basis.

He said that the government had also planned to reduce the export of yarn to a maximum extent while
electricity would be provided to the textile sector at 9 cents per KWH and gas at 6.5 dollars per MMBTU.

Earlier, Senior Vice Chairman PHMA Mian Farrukh Iqbal gave a brief introduction of PHMA and said that PHMA was the largest and elected body of garments exporters. It had more than 2,000 member companies in its folds across the country. He said that PHMA members earn more than 3.5 billion annually in foreign exchange.