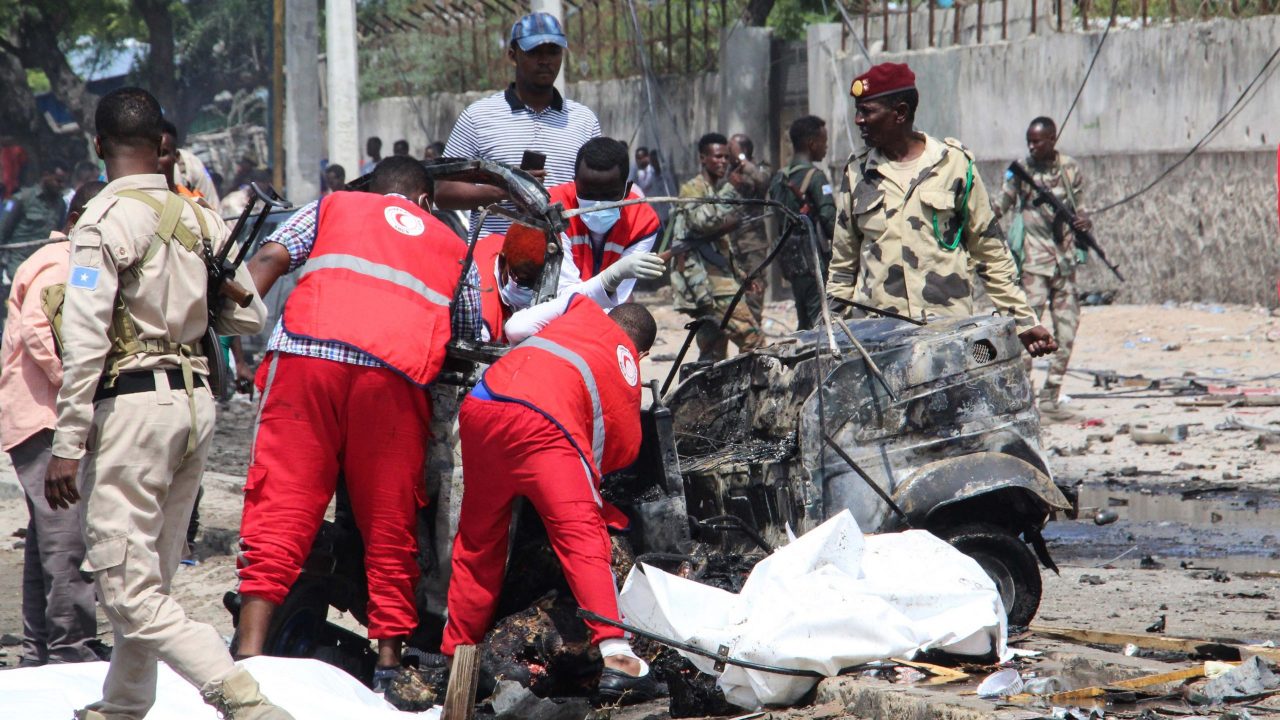 The attack was claimed the by Al-Qaeda linked Al-Shabaab Islamist group, which has been fighting to topple Somalia’s federal government for years and has carried out waves of attacks. The bomber, using an explosives-laden vehicle, struck the motorcade of Benadir region police commissioner Farhan Mohamud at a busy intersection in the capital, Somali police spokesman Sadiiq Dudishe told AFP. Five people died and nine others were wounded but the police commander survived, Dudishe said. “The objective of the terrorists was to get rid of the targeted police commander, other officers with him and any other civilian bystanders,” he said. The Benadir region lies in southeastern Somalia and encompasses Mogadishu. The Al-Shabaab group swiftly claimed responsibility, saying in a statement the blast killed and wounded a “large number” of the police chief’s guards and destroyed multiple vehicles.

Mire Adan, who was a few metres from the scene, said the explosion “caused huge devastation and casualties of both police and civilians”. “The whole area is messed up with smoke as the blast caused fire and I saw several dead bodies most of them civilians,” another witness Osman Adan said. The jihadist group has been fighting to overthrow the federal government since 2007 and launches frequent attacks against government and civilian targets. It controlled the capital until 2011 when it was pushed out by African Union troops, but still holds territory in the countryside. Tuk-tuk driver Muktar Ganey was lucky to be alive, saying he missed Saturday’s blast, because he was held up in traffic. Al-Shabaab militants last week staged an assault on a crowded tea shop in the capital just a few hundreds metres from the headquarters of the Somali Intelligence Agency. The attack at the cafe, often frequented by members of the Somali security forces, killed 10 people and wounded dozens.