Haris Sohail out of England tour with hamstring injury 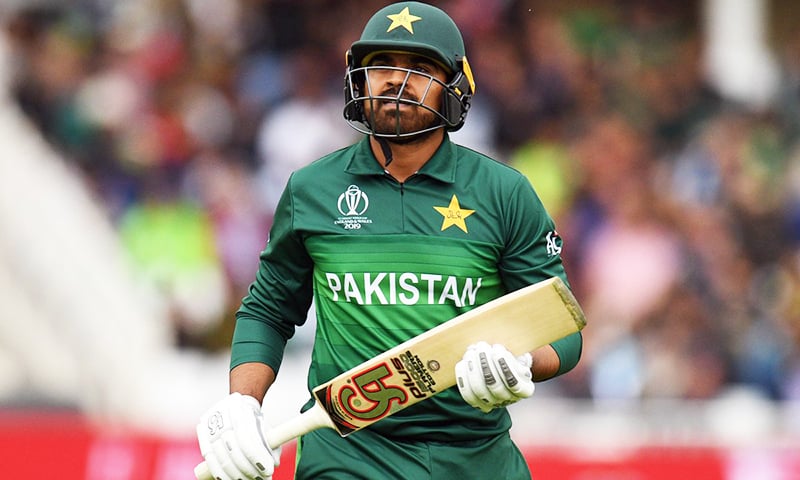 Haris Sohail, the Pakistani middle order batsman has been ruled out of the upcoming England series after sustaining a level three hamstring injury. He will depart from the team and will head back to Lahore where he will undergo treatment and rehabilitation for four weeks at the National High Performance Center.

Pakistan have not yet named a replacement, but they have plenty of batters to replace him- ranging from Saud Shakeel, Salman Ali Agha, Sohaib Maqsood and more to fulfill Sohail’s role as a middle order batter.

Sohail was set to make a comeback for Pakistan after being dropped from the ODI side after the series against Zimbabwe and being dropped from the test side after the New Zealand series in December 2020 and January 2021. He had worked on his fitness a lot and even played a few domestic games for Balochistan in a tournament, the Pakistan cup. After a lot of middle order problems for Pakistan, he was eventually recalled for the England series. Unfortunately, he can’t play.

Commenting on the matter, Sohail said “ “I was keenly looking forward to the ODIs as part of my objective to contribute in the side’s success and also cement my position in the side,” Sohail said after being ruled out of the tour. “I am disappointed that my tour has been cut short, but I will return to Lahore and undergo a rehabilitation programme so that I can fully recover for the 2021-22 season.”

Pakistan’s three match ODI series will begin today at 5PM PST before following it up with a T20 series later on.