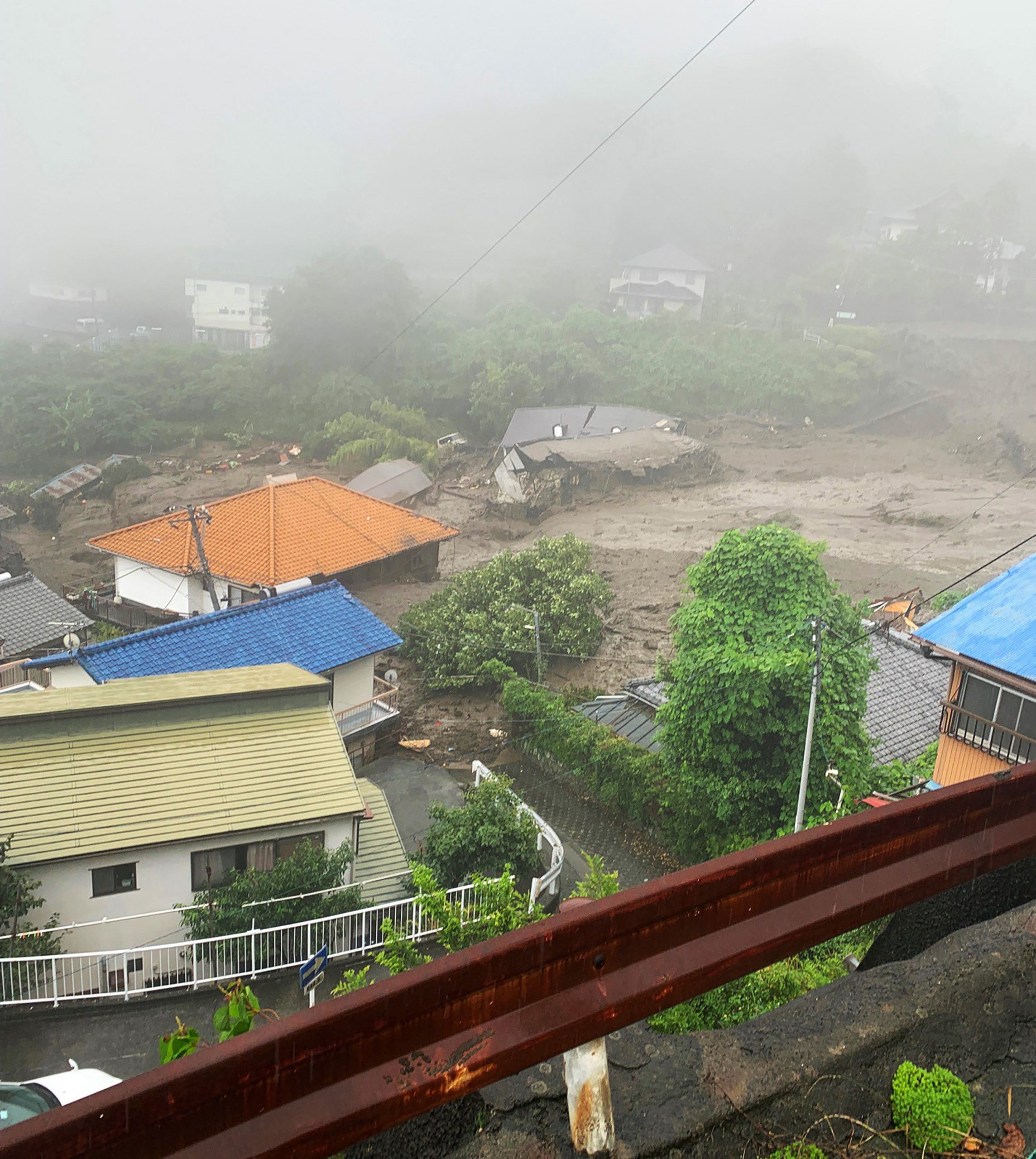 Television footage showed a torrent of mud obliterating some buildings and burying others in Atami city, with people running away as it crashed over a hillside road. “The safety of 19 people is unknown” after the landslide, a Shizuoka prefecture official in charge of disaster management told AFP. The local government has requested military assistance for a rescue mission, he added. The landslide occurred at around 10:30am, an Atami city official said, adding that “several houses were swept away” and 200 homes in the area had been left without power. Most of Japan is currently in its rainy season, which often causes floods and landslides and prompts local authorities to issue evacuation orders.

Atami saw rainfall of 313 millimetres in just 48 hours up to midnight on Saturday — above the monthly average of 242.5 millimetres in July, according to public broadcaster NHK. Atami, in the largely rural Shizuoka region, is around 90 kilometres (55 miles) from Tokyo and is famous as a hot spring resort. Shinkansen bullet trains between Tokyo and Osaka were temporarily stopped due to the heavy rain, while other local trains in affected areas were also halted, according to rail company websites.