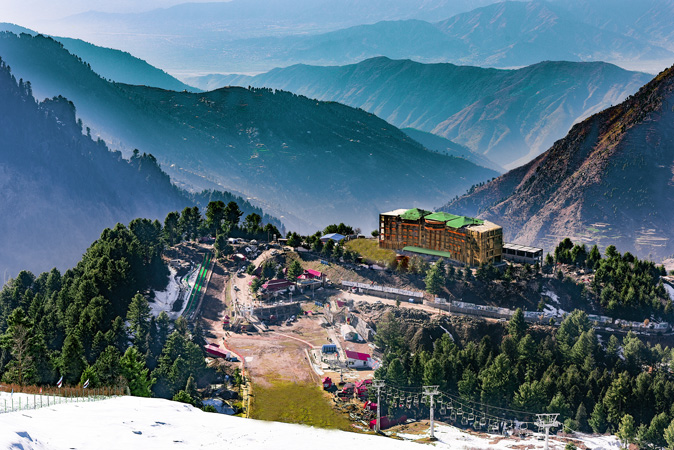 He said one the ski resorts would be developed in Chitral, Kaghan and Swat, adding that currently there is only one resort in Malam Jabba where thousands of adventurous tourists throng in the winter.

The new resorts would provide more recreational opportunities to the local and foreign tourists, he shared.

He said a series of winter sports competitions and snow festivals have been arranged at snowy resorts of Malam Jabba from the last several years that received tremendous response from across the globe.

The GM said Chitral, Swat and Kaghan have enough potential for winter sport activities including skiing, snowboarding and ice hockey.

Ali said the authority was also working on development of walking tracks on hilly stations for youth including Nathia Gali to Thandiani, Thandiani to Satto and Mahnoor valley in Kaghan to Ansu lake and lake Saiful Maluk.

He said all the tracks would have rest areas, sitting decks and other facilities for the tourists, while information centres and rest areas would also be set up alongside the main roads in Shangal and Hazara divisions.

The GM said apart from walking tracks, the authority was planning to develop four hilly stations this year out of a total 20 where accommodation facilities, walking tracks, huts, horse riding and facilities would be available for the visitors.

He said this year the hill stations would be developed, one each in Chitral, Abbottabad and two in Kaghan valley, adding that tourists police force would be made operational in all hilly stations of the province this year to provide security as well as sense of protection to tourists.

Regarding the government owned rest houses, he said as per the directives of KP government, 140 rest houses would be leased out this year with a purpose to provide better accommodation facilities to the tourists in far flung areas.

The GM said KPCTA has activated helpline 1422 round the clock for the guidance and facilitation of tourists. He advised the local and foreign tourists to contact the helpline in case of any information or emergency, adding that the relevant quarters would respond accordingly.