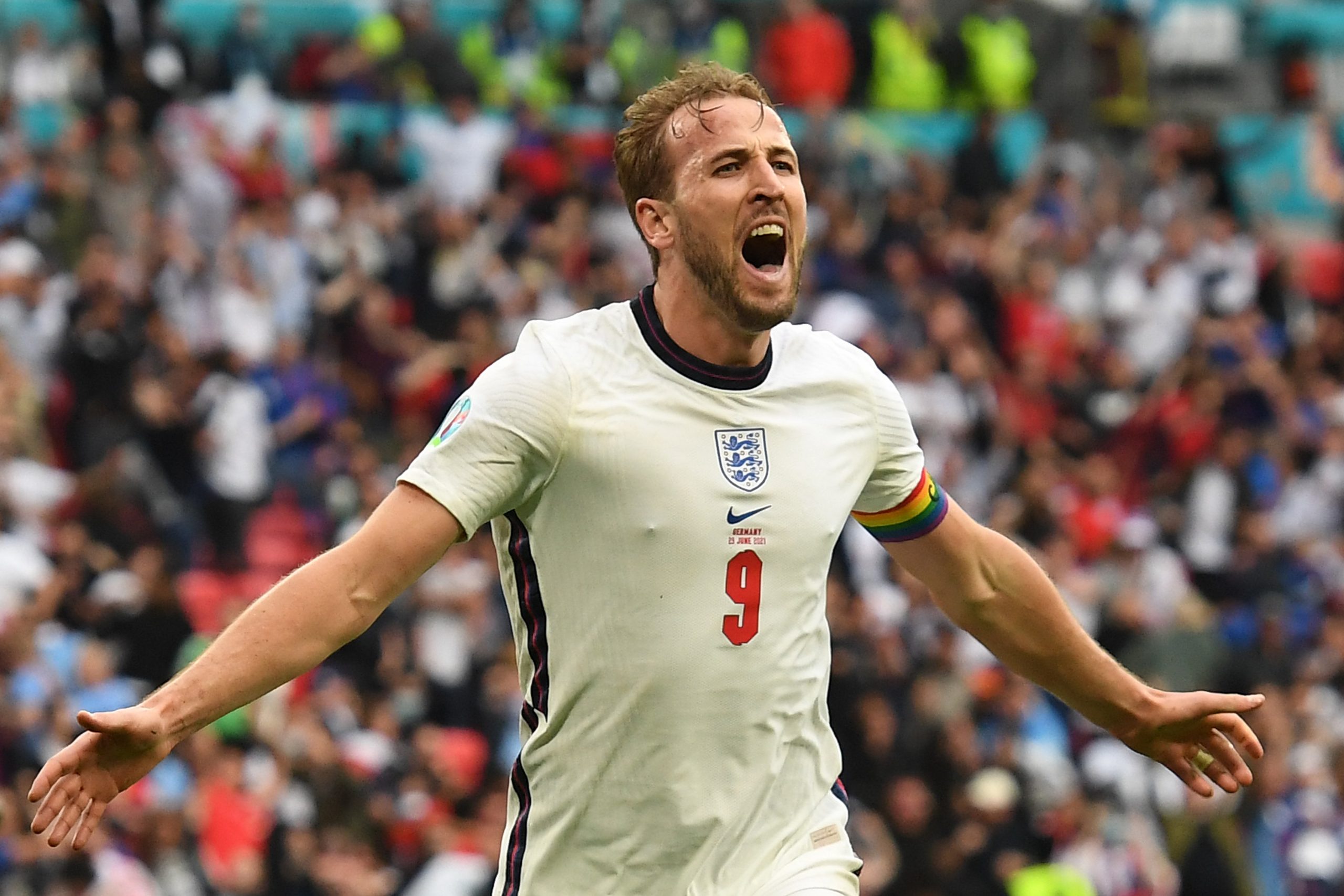 Raheem Sterling and Harry Kane fired England into the Euro 2020 quarter-finals as they sealed a 2-0 win against Germany that ended decades of hurt at the hands of their bitter rivals on Tuesday.

Sterling struck with 15 minutes left in a tense last 16 tie at Wembley before Kane clinched England’s first knockout-stage victory over Germany since 1966. In the 55 years since England beat the Germans in the World Cup final, they had endured a painful litany of defeats against Die Mannschaft when the stakes were highest. England were eliminated from the 1970, 1990 and 2010 World Cups by Germany, who also beat them in the Euro 96 semi-finals at Wembley. But Gareth Southgate’s side have finally exorcised the ghosts of Paul Gascoigne’s tears and their own manager’s penalty miss 25 years ago.

England produced a gritty display capped by clinical finishes from Sterling, who now has three goals in the tournament, and Kane — who at last bagged his first of the competition. England, yet to concede a goal in the tournament, head to Rome on Saturday for a quarter-final against Ukraine. Andriy Shevchenko’s team beat 10-man Sweden 2-1 after extra-time in the last 16 on Tuesday. Chasing a first major international trophy since 1966, England’s side of the draw looks wide open, with a potential semi-final against Denmark or the Czech Republic unlikely to strike fear into their hearts. It was only England’s second knockout-stage win in the history of the European Championship and their first victory over Germany at Wembley since 1975. “We talked about bringing enjoyment to the nation and afternoons like this are what that’s about,” Southgate said. “We deserved the win. The players were absolutely immense, right the way through the team. “But I’ve had to say to them straight away; I’m the party-pooper because if we don’t capitalise on that on Saturday now, then it doesn’t count for anything.”

For Germany manager Joachim Loew, it was an agonising end to his reign as he prepares to step down after the tournament. Loew, who led Germany to World Cup glory in 2014, said: “We didn’t take advantage of two great opportunities with Mueller and Werner. “The team gave everything but we were not clinical enough. You know every mistake can be fatal. We lack a little experience in certain situations.” Always keen to deflect attention, Southgate will have relished his moment of redemption, especially since his decision to switch to a three-man defence to match up with the German formation paid off.

England needed a tone-setting moment to ease their visible anxiety early on and Sterling provided it as he drove forward for a 25-yard blast that forced a fine save from Manuel Neuer. Germany almost snatched the lead as Kai Havertz played an inch-perfect pass to Timo Werner inside the England area, but he shot straight at Jordan Pickford. A misplaced pass from Thomas Mueller sent Sterling scampering through the Germany defence on the stroke of half-time. Yet when the ball ran to Kane, he was too slow to apply the finishing touch as he rounded Neuer and Mats Hummels’ tackle snuffed out the danger. Havertz’s blistering half-volley forced a superb tip over from Pickford soon after the interval, but Southgate made a game-defining change when he sent on Jack Grealish for Bukayo Saka. Grealish’s presence immediately brought more energy to England and in the 75th minute they finally delivered the knockout blow.

Grealish worked the ball wide to Luke Shaw and his low cross reached Sterling, who pounced with a clinical close-range finish to send Wembley into ecstasy. Mueller should have equalised when Havertz’s pass sent him clean through, but the Bayern Munich star rolled his shot wide and fell to the turf in dismay. Kane made Mueller pay in the 86th minute as he finished off a lethal England counter-attack with a diving header past Neuer from Grealish’s cross. During the first day of England’s Euro camp at St George’s Park, Southgate showed his squad a motivational video featuring some of the team’s greatest victories. Now they have added their own chapter to the list of England’s finest moments.