Imran Khan was aware of my meeting with Asif Zardari, says Pervaiz Elahi 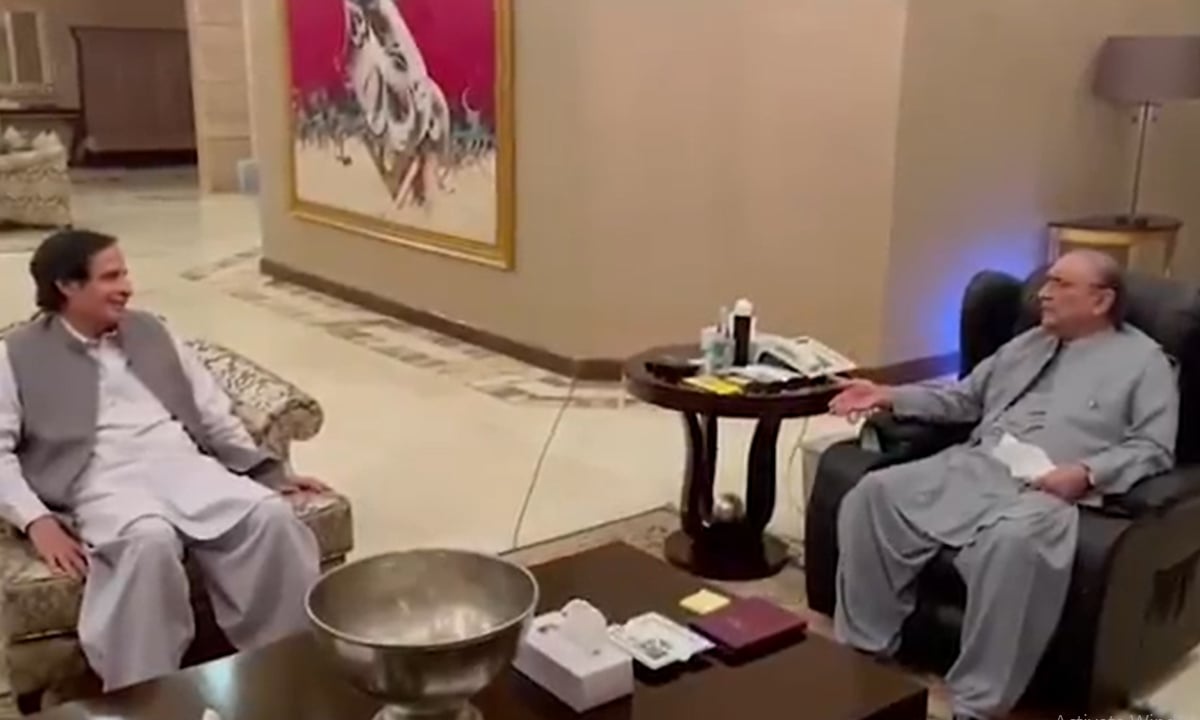 In an interview, the PML-Q leader said his party is the PTI’s coalition party and had never cheated it.

A press release issued after the meeting said both sides discussed matters of mutual interest and the national political scene without giving any more details.

“Before going to see Zardari sahab I had asked Moonis [Elahi] to inform PM Imran Khan about it,” Elahi told anchor Muneeb Farooq.

The former chief minister said that he went to thank Zardari for his cooperation in holding unopposed Senate elections in Punjab.

“I had talked to him before the polls on PML-N supremo Nawaz Sharif’s request that the PPP should withdraw its candidates. We knew what were the weaknesses of all parties and what was their due share in the Senate seats, so on the basis of it, Tariq Bashir Cheema, Moonis Elahi and I worked on it and thankfully we achieved the goal of holding an unopposed election in Punjab,” revealed Elahi.

When asked about the chances of the PTI returning to power in 2023, Elahi said “the situation could have been much better had they heeded our advice. The results of the by-elections are there for you to see. The government has only two years left in its tenure.”

Chaudhry Pervaiz Elahi had also met PML-N leader Hamza Shehbaz before the budget session after Shehbaz Sharif was released on bail, apparently in a move to resolve the issue of house standing committees.