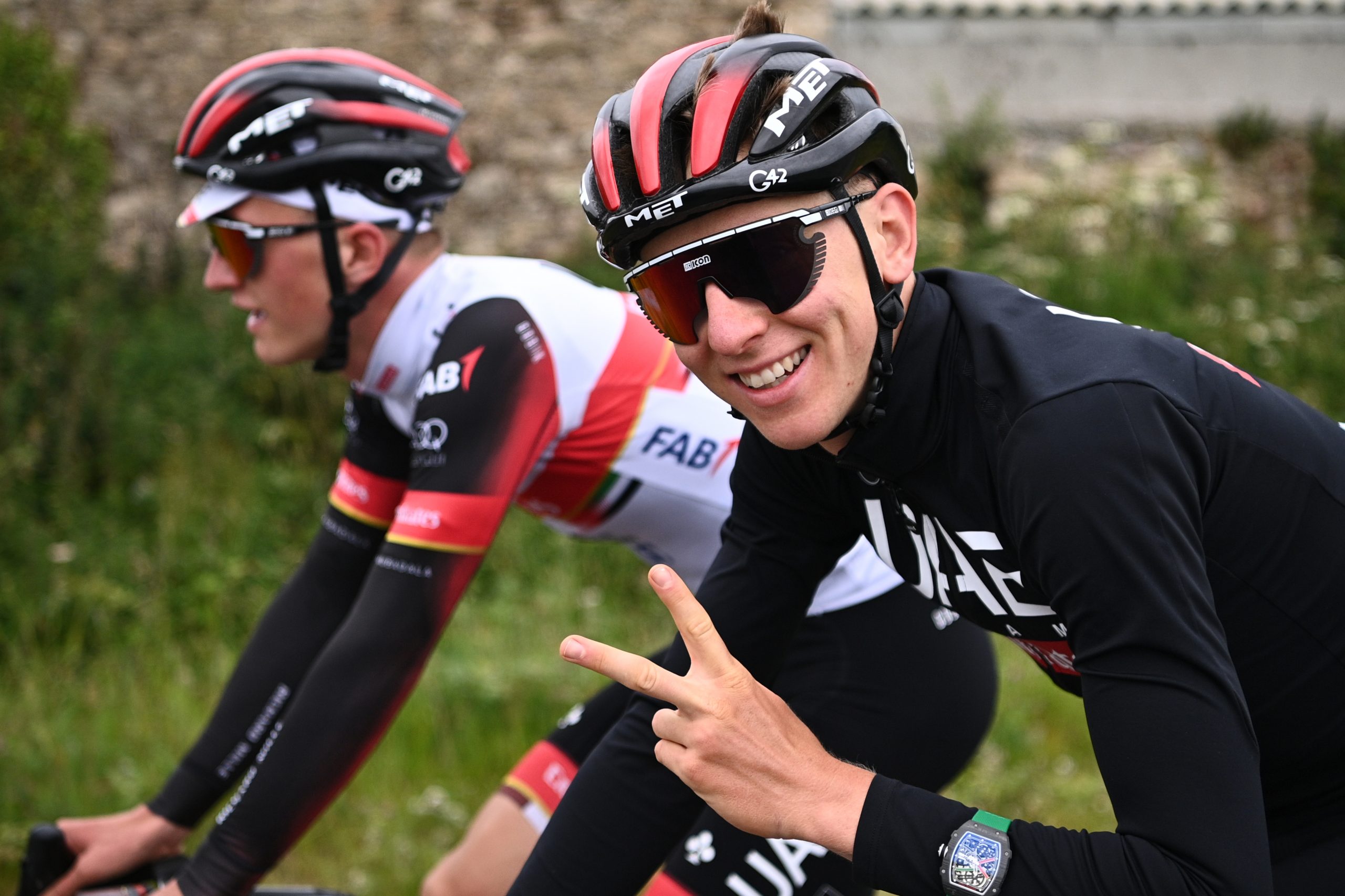 The 2020 champion Slovenia’s Pogacar and his UAE Emirates teammates begin the defence of the Tour de France in Brest on Saturday and Gianetti was excited about the race. When asked if his champion the boyish Pogacar (still just 22) was ready for the defence ofhis title even if he is now the man to beat the team director was coy on the matter. “He’s fine, they’re all fine,” Gianetti said of the team that were marching smartly, but in a relaxed manner, into the Tour de France Covid testing centre. “We are not worried about the Covid tests, but about the race,” Gianetti smiled before suggesting British rivals Ineos were the most likely to win. “Ineos is going to be the favourite as they always are and they have a very strong team again this year,” he said. Ineos will be led by the 2018 champion Geraint Thomas, but he is backed up by Richie Porte, Richard Carapaz and Tao Geoghegan Hart, none of whom can be discounted. Gianetti was, however, sure in himself when he said Pogacar could repeat his feat. “We won it last year and we are going to try and win it again,” he insisted. “This is going to be a high level Tour,” the 57-year-old said.

The 21 day race embarks from Brest on Saturday and opens with four tricky days in Brittany’s windswept terrain. “It’s not going to be easy,” he said, raising his eyebrows at the prospect of the first few days. “We are a bit stressed waiting for it to start, but really we can’t wait.” Pogacar won the 2020 race by overhauling his nerve-wracked countryman Primoz Roglic on the penultimate day time-trial, a twist in the tale that provided a great underdog win.

On Thursday, Roglic’s sports director Merijn Zeeman said Jumbo would play the 2021 Tour differently after his charges dominated the peloton, but paid a heavy price for racking up stage wins instead of comforting the leader’s advantage. “We showed last year what a strong team we are, but we all know what actually happened in the end,” he said of the gut-wrenching defeat. “We shall try out some different tactics at certain parts of the race.” Roglic has been in training away from races since April. “I have been doing altitude training and of course, practising on my time-trials,” said the 31-year-old Roglic. Earlier on the 2020 Tour the defending champion Egan Bernal had pulled out midway through the race as the cards stacked up alarmingly against the Colombian.