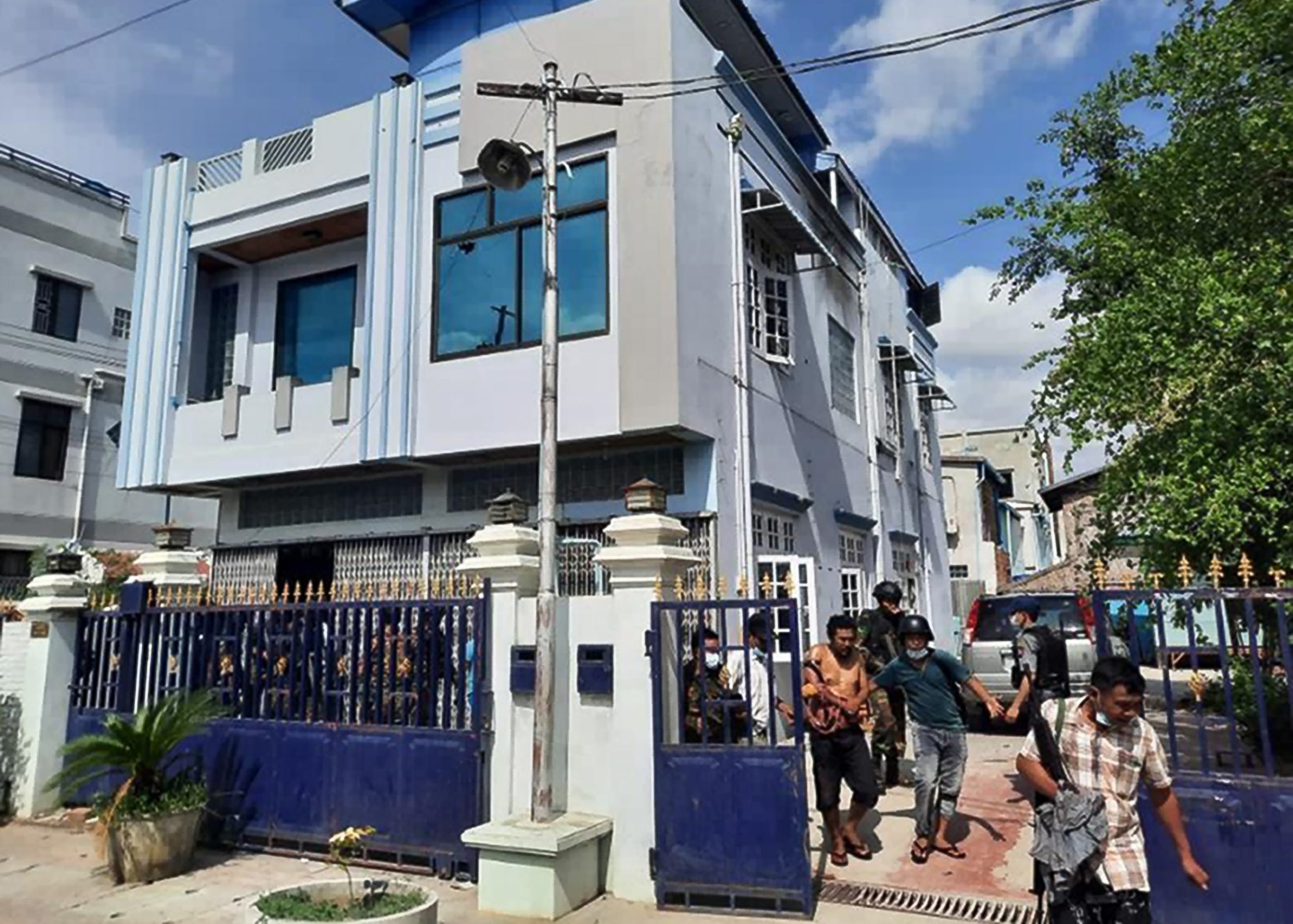 Myanmar soldiers battled an anti-junta civilian militia with small arms and grenades in the country’s second city on Tuesday, with four protesters killed and several members of the security forces injured, authorities said.

Fighting has flared across Myanmar since the February coup as people form “defence forces” to battle a brutal military crackdown on dissent, but clashes have largely been restricted to rural areas. Acting on a tip-off, security forces raided a house in Mandalay’s Chan Mya Tharsi township on Tuesday morning, the junta’s information team said in a statement, and were met with small arms fire and grenades. “Some security members were seriously injured” in the ensuing battle, the statement said, adding that four “terrorists” were killed and eight arrested in possession of homemade mines, hand grenades and small arms.

The mass uprising against the military putsch that toppled the government of Aung San Suu Kyi has been met with a brutal crackdown that has killed more than 870 civilians, according to a local monitoring group. As well as the rise of local self-defence forces, analysts believe hundreds of anti-coup protesters from Myanmar’s towns and cities have trekked into insurgent-held areas to receive military training.

But part-time fighters know the odds are stacked against them in any confrontation with Myanmar’s military — one of Southeast Asia’s most battle-hardened and brutal.