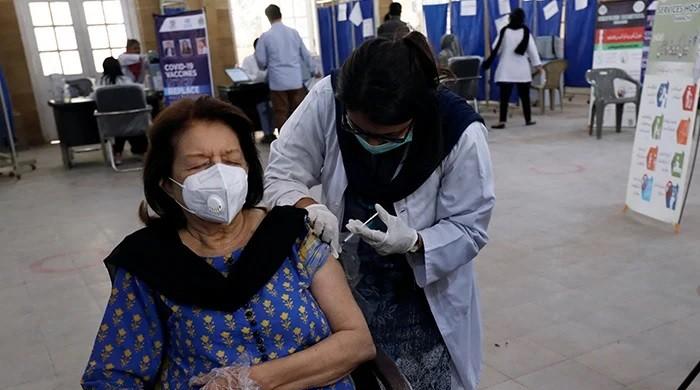 LAHORE: Parliamentary Health Secretary Dr Noshin Hamid informed that the new walk-in system of vaccination had caused a shortage at the vaccination center.

Talking on Geo’s program ‘Geo Pakistan’, Dr. Noshin Hamid said that the government has set aside Rs 1.1 billion for the purchase of vaccines. She added that middlemen have no role in procuring the vaccines.

The parliamentary health secretary informed that there were some problems in getting the vaccination certificate and the complaints would be resolved in a few days.

It should be noted that the vaccination dosage for those going abroad had run out at the Expo Center in Lahore, but now it has resumed.

Only the Sinovac vaccine is being administered at Expo Center Lahore, said the Commissioner of Lahore and informed that those who want to get AstraZeneca should wait for now.

Vaccines are being administered in halls number one and three of the Lahore Expo Center. A large number of those who come for vaccination are citizens who want to go abroad.