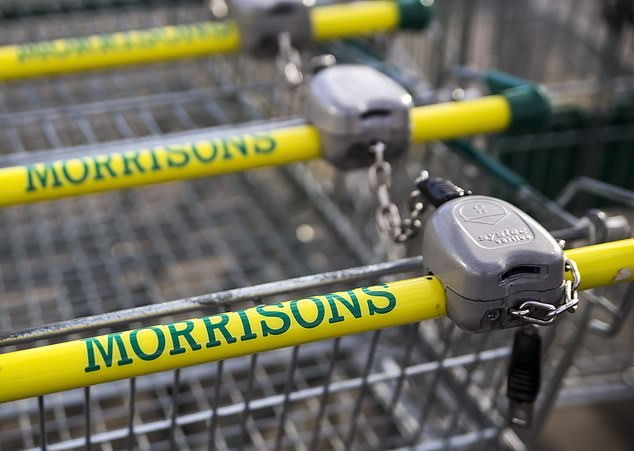 Shares in British supermarket chain Morrisons surged Monday after it rejected a £5.5-billion ($7.6-billion, 6.4-billion-euro) takeover approach as too low.

The company’s share price rocketed almost a third to 231.80 pence in early deals, after it snubbed the unsolicited cash bid from US private equity firm Clayton, Dubilier & Rice (CD&R) over the weekend. Shares swiftly rebounded above the offer price level of 230 pence. “It’s quite likely we will see another bid come in,” CMC Markets analyst Michael Hewson told AFP. “UK supermarket shares have underperformed for some time and entirely probable that this weekend’s bid could ignite interest in the whole sector. “This is likely to push any acquisition price up towards the 250-pence area if these private equity firms are serious about gaining exposure to the sector.”

Morrisons had revealed the news late on Saturday and published its statement on the London Stock Exchange on Monday. “The board of Morrisons evaluated the conditional proposal … and unanimously concluded that (it) significantly undervalued Morrisons and its future prospects,” it said in the statement. “Accordingly, the board rejected the conditional proposal on 17 June 2021.” Morrisons reported last month that first quarter like-for-like sales were up 2.7 percent, excluding fuel. Online sales grew 113 percent year-on-year.

However it also incurred £27 million in Covid-related costs during the first three months of the year.