* On Int’l Day, Pakistan calls for end to sexual crimes against IIOJK people 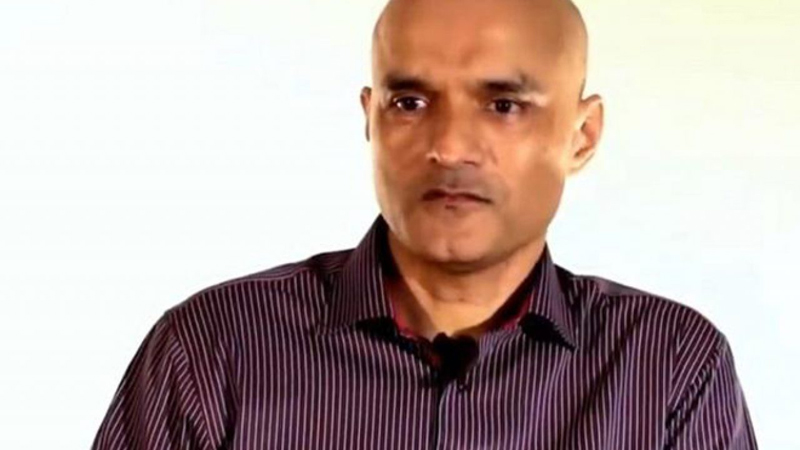 Pakistan on Saturday contradicted the Indian government’s statement on legislation passed by Pakistan’s National Assembly, saying Pakistan abided by all its international obligations, which applied to the ICJ judgment in the case of Kulbhushan Jadhav.

Commenting on the remarks of the Indian MEA’s spokesperson regarding the International Court of Justice (Review and Reconsideration) Bill passed by the National Assembly of Pakistan, the Foreign Office spokesperson regretted that Indian government had chosen to misrepresent the ICJ judgment.

He said the judgment clearly stated in Paragraph 147 that, “Pakistan is under an obligation to provide, by means of its own choosing, effective review and reconsideration of the conviction and sentence of Mr. Jadhav…”

In line with paragraph 146 of the ICJ judgment, Pakistan chose to provide Commander Jadhav the right of review and reconsideration by superior courts of Pakistan through the International Court of Justice (Review and Reconsideration) Ordinance, 2020, he added.

Moreover, he said Pakistan’s commitment to uphold the ICJ judgment was again reflected by the passage of the ICJ (Review and Reconsideration) Bill for Review from the National Assembly of Pakistan.

The spokesperson said the Judgement of the ICJ (Para 118) also required India to act in good faith, and arrange legal representation for Commander Jadhav.

“Regrettably, India has been engaging in a deliberate campaign to obfuscate the issue of appointment of a lawyer,” he said.

The spokesperson said the government of Pakistan had to initiate proceedings before the Islamabad High Court to request the appointment of a lawyer for Commander Jadhav. The court has repeatedly invited India to clarify its position in this regard but India continues to deliberately politicise the issue.

“The Government of India’s refusal to avail itself of the legal remedies provided by Pakistan and such statements reveal their nefarious designs to undermine Pakistan’s efforts and discredit the ICJ judgment regarding Commander Jadhav,” he added.

As international community observed International Day for the Elimination of Sexual Violence in Conflict, Pakistan reiterated its call for an end to sexual crimes against the people of IIOJK facing egregious human rights violations at the hands of Indian occupation forces.

“Life continues to be a double-edged sword for the women, girls and children living in Indian Illegally Occupied Jammu and Kashmir (IIOJK). They not only have to survive under occupation with their fundamental rights curtailed and suppressed, but also endure the threat of sexual violence and rape used to silence the people of IIOJK from demanding their legitimate right to self-determination, guaranteed under relevant UN Security Council resolutions,” the Foreign Office spokesperson said in a statement.

He said the Day signified common resolve to end all forms of violence, exploitation and human rights violations in conflict zones, besides reaffirming the principle of universality of all human rights, which apply equally in the conflict areas and occupied territories.

“On this Day, we must not forget the brave people of the IIOJK, who have been facing egregious human rights violations at the hands of Indian occupation forces,” he remarked.

The spokesperson said over thirty years have passed since the horrendous mass rape of Kashmiri women in Kunan Poshpura villages of IIOJK on 23 February 1991, yet the situation continues to remain dire.