Pakistan calls for end to sexual crimes against IIOJK people 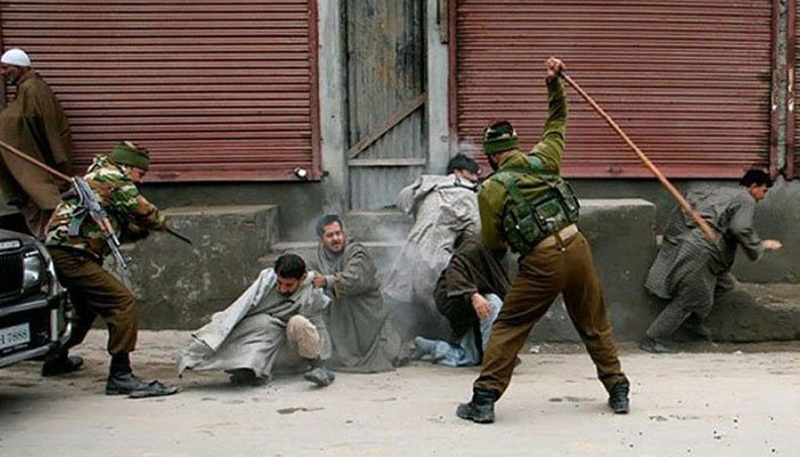 ISLAMABAD: As the international community observed International Day for the Elimination of Sexual Violence in Conflict, Pakistan reiterated its call for an end to sexual crimes against the people of IIOJK facing egregious human rights violations the hands of Indian occupation forces.

“Life continues to be a double-edged sword for the women, girls, and children living in Indian Illegally Occupied Jammu and Kashmir (IIOJK). They not only have to survive under occupation with their fundamental rights curtailed and suppressed but also endure the threat of sexual violence and rape used to silence the people of IIOJK from demanding their legitimate right to self-determination, guaranteed under relevant UN Security Council resolutions” the Foreign Office spokesperson said in a statement.

He said the Day signified common resolve to end all forms of violence, exploitation, and human rights violations in conflict zones, besides reaffirming the principle of universality of all human rights, which apply equally in the conflict areas and occupied territories.

“On this Day, we must not forget the brave people of the IIOJK, who have been facing egregious human rights violations at the hands of Indian occupation forces,” he remarked.

The spokesperson said over thirty years have passed since the horrendous mass rape of Kashmiri women in Kunan Poshpura villages of IIOJK on 23 February 1991, yet the situation remains dire.

Since 5 August 2019, sexual violence against all genders, including children, has drastically increased.

The Office of the High Commissioner for Human Rights (OHCHR), in its two Kashmir reports, the UN Special Procedure Mandate Holders (SPMHs) in their joint communications, the international civil society, and media in a plethora of publications have expressed serious concerns on the widespread sexual violence being committed by the Indian occupation forces in IIOJK. They have demanded investigations by a UN Commission of Inquiry.

“Unfortunately, all these calls for prosecution of perpetrators have been blatantly rejected by India, which continues to reinforce a pervasive culture of impunity,” the spokesperson remarked.

He said the international community must take cognizance of the sexual crimes against the people of IIOJK and call upon India to respect its international obligations, especially those related to the relevant UN Security Council resolutions and the 4th Geneva Convention.

“On its part, Pakistan will continue to raise its voice against such heinous human rights violations,” he resolved.