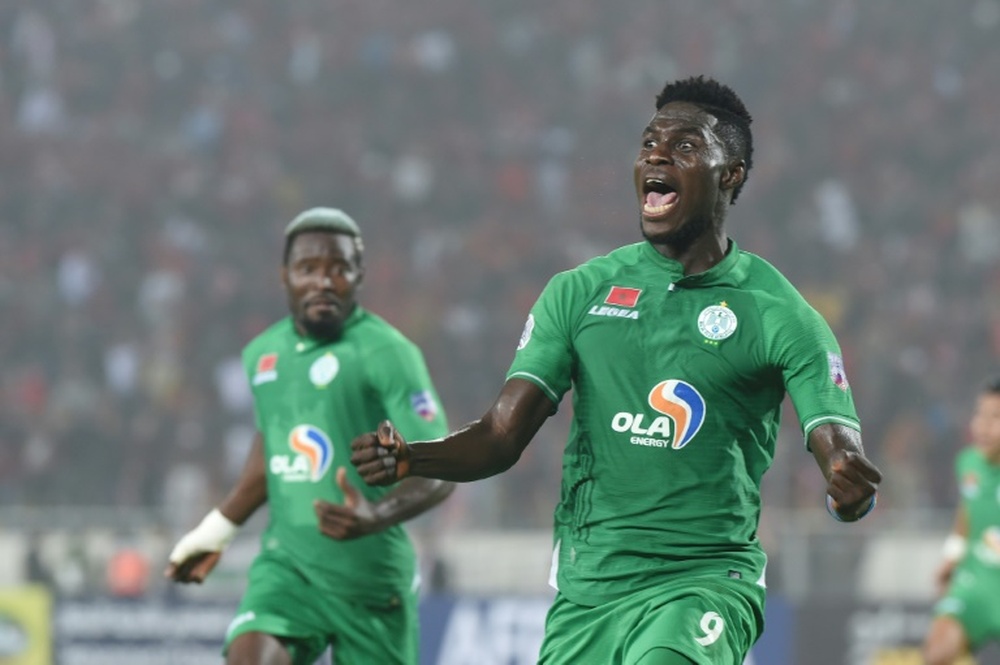 Prolific Raja Casablanca scorer Ben Malango looms as a huge threat to Pyramids when the clubs meet on Sunday in a CAF Confederation Cup semi-final first leg in Egypt.

The Democratic Republic of Congo-born forward is in top form, bagging three of the five Raja goals in a quarter-finals demolition of South African side Orlando Pirates last month. Pyramids know all about physically formidable Malango as he scored against them in Casablanca and Cairo when they met at the group stage, with Raja winning both matches convincingly. Here, AFP Sport looks ahead to the first legs with Coton Sport of Cameroon hosting JS Kabylie of Algeria in the other match.

Pyramids have played 12 matches in the African equivalent of the UEFA Europa League this season, winning nine, drawing one and losing 3-0 at home and 2-0 away to title favourites Raja. Apart from Malango, 2020 Confederation Cup runners-up Pyramids must contain Soufiane Rahimi if they hope to reach successive finals.

Rahimi was voted the outstanding footballer at the African Nations Championship for home-based players in Cameroon this year and has contributed four of the 19 Raja goals in 10 Confederation Cup matches. The Moroccans are seeking an eighth CAF title and boast stars at both ends of the field with twice Nations Championship winner Anas Zniti among the outstanding goalkeepers in Africa. Pyramids will hope young forward Ibrahim Adel can replicate his form in the quarter-finals, where he scored three of the five goals that sank Nigerian club Enyimba.

Coton have moved their home match 640 kilometres (398 miles) southwest from Garoua to Yaounde because their ground lacks video assistant referee (VAR) facilities. The Cameroonians hope the change of venues brings a change of luck as they lost 2-1 to Kabylie in Garoua during the group stage having earlier fallen 1-0 in Algeria. Coton played 14 times to reach the semi-finals and are the only title contenders not to have drawn, winning nine matches, losing five, scoring 19 goals and conceding nine. Central forward Lambert Araina leads the Confederation Cup Golden Boot race with six goals, but was unable to score in either match against the six-time CAF title winners from eastern Algeria. The closest Coton have come to an African title is finishing runners-up in the 2003 CAF Cup and 2008 CAF Champions League while Kabylie last triumphed in 2002 when they won the CAF Cup for a third consecutive time.