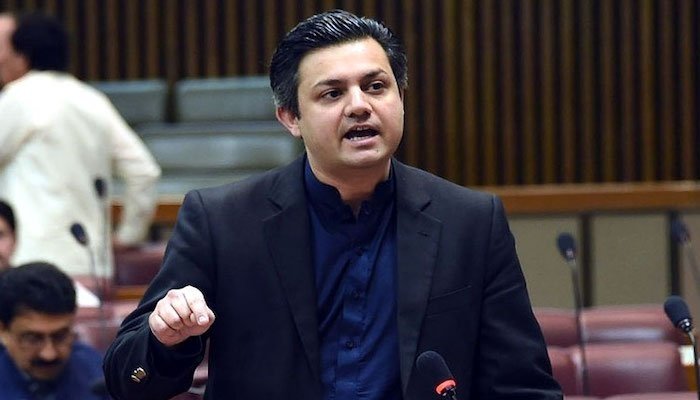 On the occasion, Federal Minister Hammad Azhar challenged the two leaders to listen to his speech and said that the stains of corruption do not get washed away by conversing sarcastically in English.

“Those who have never done business are telling us how to run the economy, we have been chosen by the people, we have not come here on the basis of the 10 and 20 per cent,” he added.

Hammad Azhar said that he was upset looking at the 4% growth rate. “I extracted the data, there was not a single year in the 5 years of PPP era in which 1% growth would have been achieved.”

He asked to inform him about the taxes they have imposed in Azad Kashmir after reading the budget. “The rate of inflation was high during the PPP regime.”

The Federal Minister said that no disease has spread in their areas due to dog bites and that it was PPP which had gone the most to the International Monetary Fund (IMF). He stated that there is a separate slab for lifetime and tubewell consumers, both of which have the lowest rates in Pakistan’s electricity tariff.

Hammad Azhar further said that the PPP was siding with the superpower, America, to kill people through drones and that they would handle the results.

The Federal Minister also said that Bilawal Bhutto Zardari speaks of the masses in English but does not speak in the same language while talking against giving bases to the USA.