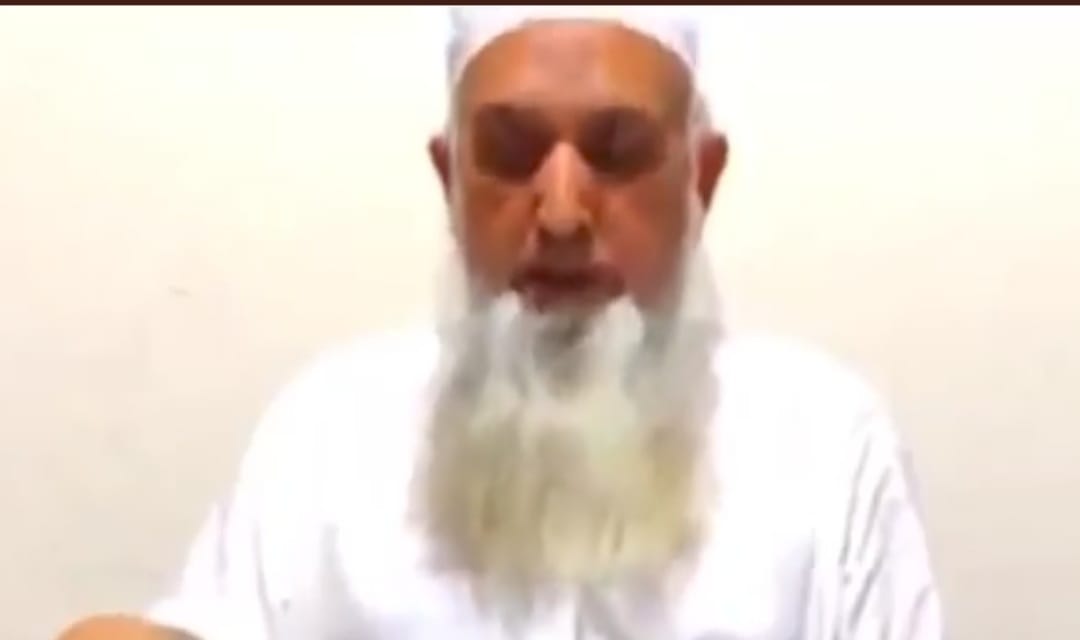 LAHORE: The North Cantonment police registered a first information report (FIR) against the cleric of a seminary in Lahore and his five other accomplices on the complaint of a teenage boy who alleges the cleric raped him multiple times and later blackmailed him besides hurling life threats on him.

Recently a video regarding a member of the JUI-F leader Mufti Azizur Rehman has been circulating on social media, where the cleric is seen sexually assaulting a young man. As a result, the cleric was sacked from the institution – Jamia Manzoor Islamia.

After being fired from his post at the madrasa, the maulvi took to social media and posted his side of the story, saying that he was the one who was drugged and abused, while the young man was the abuser, who made a video of the act after slipping him a pill in his tea, in hopes to ruin his reputation. He further stated that this is a conspiracy against him by the institution.

On June 17, the police registered the FIR against the main suspect and his sons. 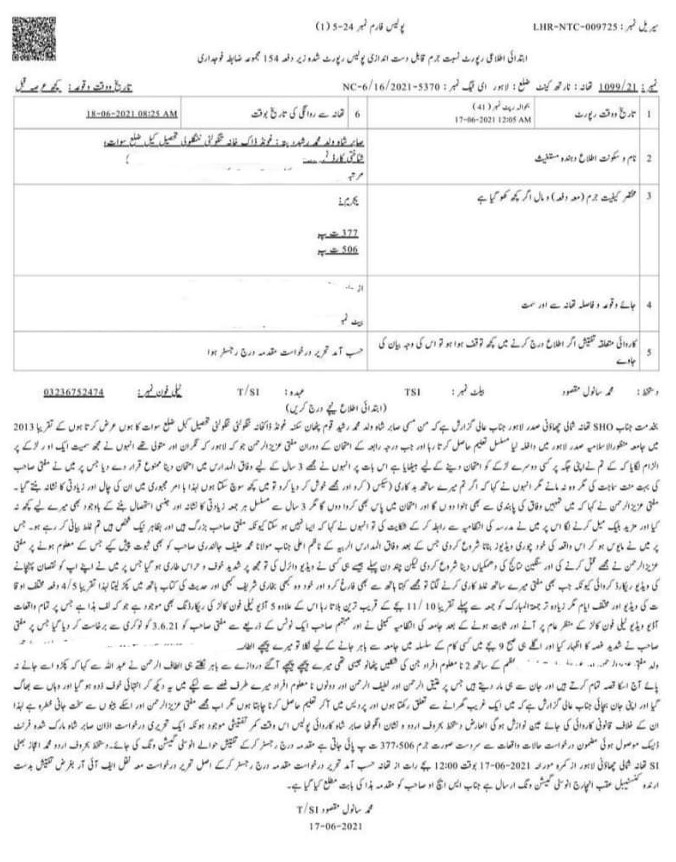 According to the FIR, the alleged rape survivor says that he belongs to a small town in Swat, and he moved to Lahore in 2013, when he joined the Jamia Manzoor Islamia for educational purposes.

He recalls that during the exams, he along with another boy was accused of cheating by the main suspect, who was the caretaker of the institute at that point.

He accused that boy of cheating, by making someone else take the exam for him and therefore, banned him from any further examinations for three years. The boy begged him while pleading his case and the Mufti agreed to take back his decision in return of sexual favors being granted to him by the boy.

The boy at that point felt that he had no other choice, and for three years the boy was sexually assaulted every Friday before prayer time. On the other hand, he promised the boy that he would pass the exams, but this condition was also not met by the suspect.

After being sexually abused and blackmailed by the cleric, the boy decided to talk to the administration but due to the Mufti’s reputation, his old age and his stature as a religious representative, they did not believe him.

The victim confessed that after not being taken seriously by the administration, he himself made the video of the sexual act, in hopes to inhibit it. He showed the proof he had collected to Maulana Hanif Jalandhri.

When the Mufti got to know about this he threatened to kill the boy and further blackmailed him. During this time the video got leaked on social media. The victim was under increased pressure and stress considering the consequences of the video and the recurring threats on his life.

After the video proof was shown to the administration along with records of the phone calls, the Mufti was finally fired from the institution on the 3rd of June.

According to the boy, the Mufti didn’t stop here, the next day when the boy went to the madrassa around 9 am, he was followed by Altafur Rehman, Atiqur Rehman, Latifur Rehman, the sons of Mufti Azizur Rehman along with Abdullah, the son of Qari Muhammad Azeem and two others. They conversed that it was time to kill him and end the story all together, upon which the boy ran from his life and left the premises.

The FIR further says that the assaulted boy belongs to a poor household, and moved to another city, away from his house to receive an education. The case has been filed under act 506 and 377 of the criminal code.